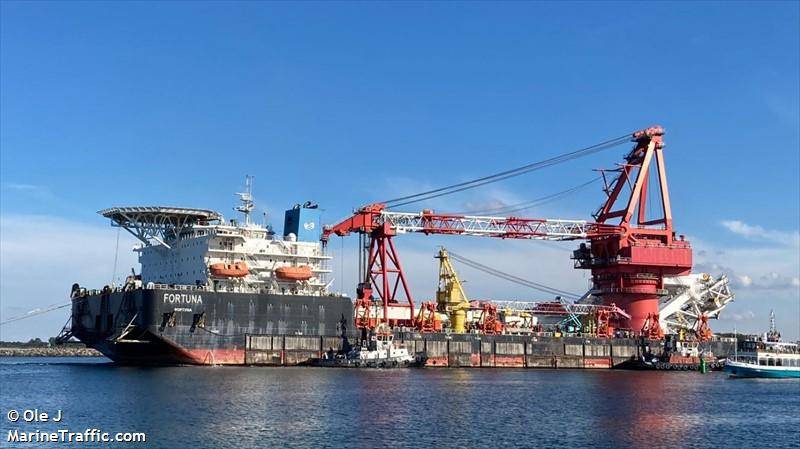 A Russian pipe-laying vessel, Fortuna, has arrived at the construction site of the Nord Stream 2 gas pipeline in the Baltic Sea, Refinitiv Eikon data showed on Friday, with work on the project set to resume.

There are also several procurement vessels near the site, according to the data.

The Akademik Cherskiy, another, more modern pipe-laying vessel which had arrived at the site north of the German and Polish coasts last week, has since moved away and is now drifting near the Russian port of Kaliningrad.

Nord Stream 2 has repeatedly declined to comment on which vessel will lay the pipes and when exactly works to construct the pipeline, which will run from Russia to Europe across the Baltic Sea, would restart.

A consortium led by Russian gas giant Gazprom is building the 1,230 kilometre (km) pipeline, and said last month it would resume pipe-laying work on a 2.6 kilometre (1.62 mile) stretch after it was suspended a year ago when U.S. sanctions targeted companies involved in the construction.

The pipeline, which Washington says compromises European energy security, has become a flashpoint in relations between Russia and the West that have sunk to post-Cold War lows.

The maritime authority in the German city of Stralsund has informed shippers there will be pipeline-laying activities from Dec. 5 through Dec. 31 in the Baltic Sea area where Nord Stream 2 will make landfall.