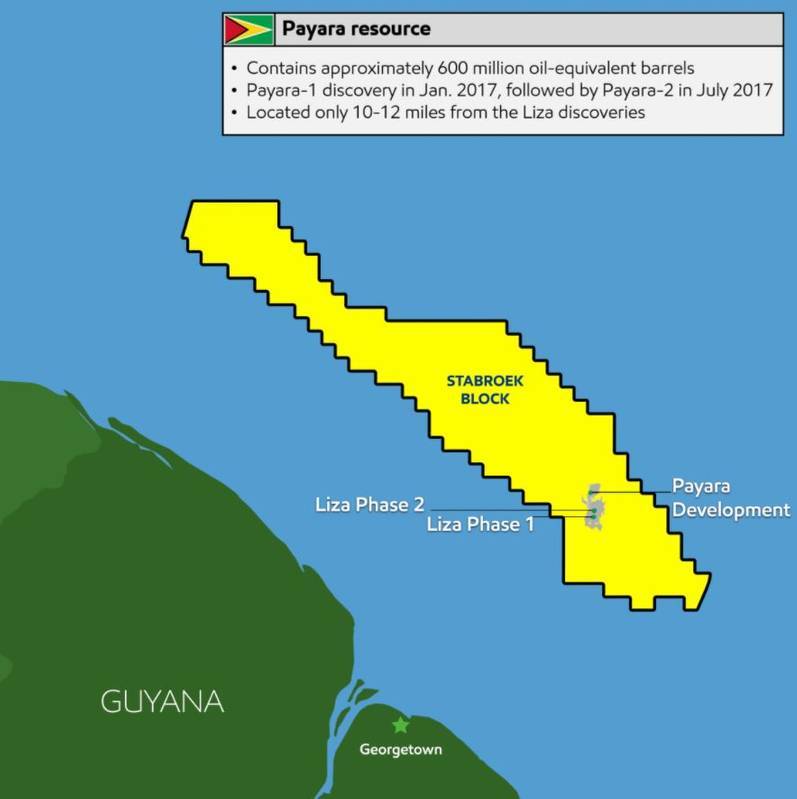 ExxonMobil, with its partners Hess and CNOOC, sanctioned the development of the Payara oil field earlier this week.

The contract, awarded to Shawcor’s pipe coating division by the Italian offshore oilfield services firm Saipem, is worth between 55 million and 65 million Canadian dollars (USD 41,3 million and USD 48,8 million).

Saipem in November last year won a provisional contract for Payara with the scope including Subsea Structures, Risers, and Flowlines, subject to the final investment decision being made.

Saipem is responsible for the detailed Engineering, Procurement, Construction, and Installation (EPCI) of a large subsea production facility. The facility will include approximately 130 km of flowlines, rigid risers, associated terminations, and jumpers together with the installation of manifolds, flexible risers, dynamic and static umbilicals, and flying leads.

For Shawcor’s coating’s scope contract works are expected to start in Q4 2020 from Shawcor’s Veracruz, Mexico, and Channelview, Texas facilities. Saipem previously awarded Shawcor coating contracts for the first two phases of Exxon’s Liza development in Guyana in 2017 and 2018, respectively.

The Payara, Exxon’s third project in the giant Stabroek offshore block in Guyana, will be developed using the Prosperity FPSO, the hull of which was recently launched in China’s SWS Shipyard. The FPSO to be delivered by SBM Offshore will be able to produce up to 220,000 barrels of oil per day.

The project will target an estimated resource base of about 600 million oil-equivalent barrels. Ten drill centers are planned along with up to 41 wells, including 20 production and 21 injection wells. The first oil is expected in 2024.