Shell Gearing Up to Spud Jaws Well in North Sea 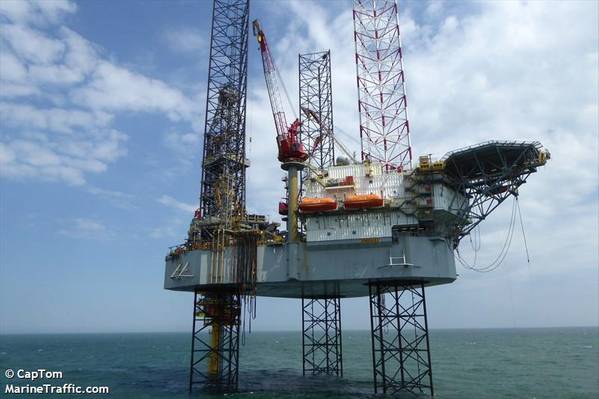 Oil major Shell is set to move the Valaris 122 jack-up drilling rig in the North Sea from the Shearwater field to the Jaws well site in preparation for drilling activities.

This is according to Kingfisher Bulletin, a website that provides the fishing and marine industries in the UK with alerts of offshore hazards and marine activity notices.

According to a Kingfisher Bulletin notice issued this week, the Valaris 122 rig will early next week be jacking up at the Jaws well location in preparation for drilling and completion activities.

The rig, on a contract with Shell until May 2022, will drill one High Pressure / High Temperature well, with the total duration of drilling and completion activities expected to take around 145 days.

Shell is the operator of the Jaws exploration well in the P2380 block, with Cairn Energy – soon to be renamed to Capricorn Energy – owning a 50% stake in the project as a partner.

According to OPRED data, the project, located near Shell’s Nelson platform, will be supported by three tugboats, a supply vessel, an emergency support vessel, and helicopter trips. The well will be fully abandoned on completion of the drilling.

Cairn has previously said that given the well is located in the vicinity of Shell’s Nelson platform, exploration success could be fast-tracked to production via subsea tieback. Cairn got hold of a 50% stake in the license containing the Jaws prospect through a swap for a 50% interest in the license P2379 containing the Diadem prospect. Cairn plans to drill the operated Diadem prospect in the P2379 block in the second quarter of 2022.