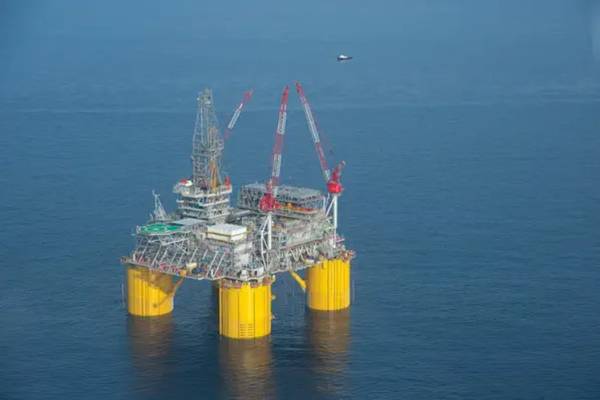 Illustration – Shell’s Mars B Olympus platform in the Gulf of Mexico. (This is not the platform that was damaged). Copyright Mike Duhon Productions / Shell file photo

Shell Midstream Partners LP said on Thursday that volumes on its Mars oil pipeline system rose during the first quarter, as repairs completed in the wake of Hurricane Ida allowed it to run at normal operating levels.

The Mars pipeline system, a major corridor oil pipeline in the offshore Gulf of Mexico, was among oil and gas facilities that were damaged as Ida tore through the region last August.

Volumes on the Mars system were 488,000 barrels per day, compared with 408,000 bpd in the prior quarter, Shell Midstream Partners said in an earnings release for the first quarter of 2022.

The increase in volumes across Mars helped the company boost total cash available for distribution by $15 million from the previous quarter to $157 million, it said.

The company also reported a net income of $158 million for the first quarter.

On its Zydeco pipeline system, mainline volumes rose to 535,000 bpd in the first quarter, versus 530,000 bpd previously.

For offshore systems, volumes on the Amberjack, Eastern Corridor, and Auger systems fell, the release said.

The company said it expects an impact of about $15 million to both net income and cash available for distribution in 2022 related to certain planned producer turnarounds.