Shell to Pull the Plug on Gazprom Equity Partnerships 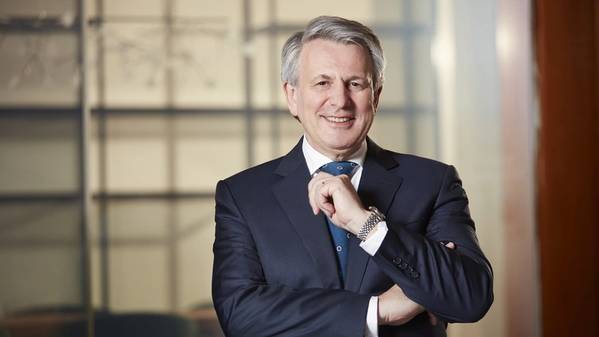 In the announcement of Shell’s decision to exit joint ventures with Gazprom, Shell’s chief executive officer, Ben van Beurden, said: “We are shocked by the loss of life in Ukraine, which we deplore, resulting from a senseless act of military aggression which threatens European security.” Photo Credit Photographic Services, Shell International Limited

In the latest corporate backlash to Russia’s invasion of Ukraine, the Board of Shell plc said it intends to exit its joint ventures with Gazprom and related entities, including its 27.5 percent stake in the Sakhalin-II liquefied natural gas facility, its 50 percent stake in the Salym Petroleum Development and the Gydan energy venture. Shell also intends to end its involvement in the Nord Stream 2 pipeline project.

“We are shocked by the loss of life in Ukraine, which we deplore, resulting from a senseless act of military aggression which threatens European security,” said Shell’s chief executive officer, Ben van Beurden.

Via press release Shell said its staff in Ukraine and other countries has been working together to manage the company’s response to the crisis locally. Shell will also work with aid partners and humanitarian agencies to help in the relief effort.

“Our decision to exit is one we take with conviction,” said van Beurden. “We cannot – and we will not – stand by. Our immediate focus is the safety of our people in Ukraine and supporting our people in Russia. In discussion with governments around the world, we will also work through the detailed business implications, including the importance of secure energy supplies to Europe and other markets, in compliance with relevant sanctions.”

At the end of 2021, Shell had around $3 billion in non-current assets in these ventures in Russia. We expect that the decision to start the process of exiting joint ventures with Gazprom and related entities will impact the book value of Shell’s Russia assets and lead to impairments.

Shell’s Powering Progress strategy and financial framework remain unchanged. We reiterate our progressive dividend policy and intent to distribute 20-30 percent of CFFO to shareholders in the form of dividends and share buybacks while targeting a strong balance sheet with long-term AA credit metrics. We stepped up our distributions by announcing an $8.5 billion share buyback programme for the first half of 2022, and we expect to increase our dividend per share by 4 percent for the first quarter of 2022.