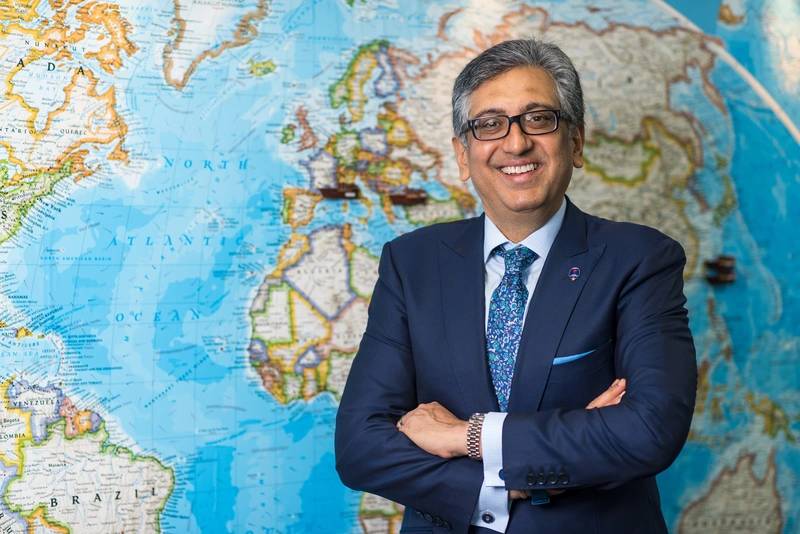 Dr. Anil Sharma, CEO and founder of GMS, is a dominate player in the world’s ship recycling business. MR TV caught up with him in late June 2021 for insights on the pace and direction of ship recycling activity and pricing.

Thank you, Greg. Let’s start with prices because that’s the news of the hour. Today we are at about 70% of record numbers in the ship recycling market. In 2008, right before the big global economic crash, that’s when the (ship scrapping) markets hit all-time record highs in terms of price on a per ton basis at about $800 per ton. We have reached almost 70% of that, we are now second (today) already. So the question in the market is: have we peaked or are we going to reach 2008 levels?

We are paying a lot of attention to fundamentals, especially in commodities markets.

My personal view: I think we are close to, if not at peak. But when I spoke with you about three months ago, I was at the same opinion and we are about 20% higher since then! These markets are on a tear and totally unprecedented in terms of prices. In terms of facilities, all markets: Turkey, India, Pakistan, Bangladesh, the four major markets are all are doing very well, very active.

The biggest activity we are seeing (today) is in tankers, but there are still a lot of offshore vessels coming in, too. There are some dry bulkers (coming in) as well, believe it or not, but these are the really old tonnage, ships that are well past 25 years old. When I spoke to you three months ago, we saw the last of the VLOCs being scrapped. I’m not seeing too many more cruise ships come in, but several vintage LNG carriers are being scrapped right now.

Taking your second question first from the ship recycling sector, as you know India is going through tough times. Hopefully, the worst of the second wave seems to be over, but things are still not very good. They are still freezing of flights; we cannot take any Indian crew out of India. The recycling markets are open thankfully, recycling yards are open thankfully. The workers are well protected, so we don’t have too many incidents there. But from the perspective of the Indian subcontinent, especially India, it has been sad. The good news is the Indian government announced free vaccines to all citizens, an aggressive campaign, and I hope that is one way of coming back out of this mess. From a logistics perspective, the news is not positive. We still can’t change crew in Singapore, China is still shut down. We can’t fly any crew in or out, and if a ship has to go into dry dock, that’s a real problem, as we can’t send superintendents in to supervise. So from that perspective, COVID is still has a very severe negative impact from both logistics and markets perspective.