Proman Stena Bulk Ltd confirmed that steel cutting has commenced for its state-of-the-art IMOIIMeMAX methanol-fuelled 49,900 DWT vessel Stena Pro Patria, which is due for delivery in early 2022. Stena Pro Patria will be the first of the three methanol vessels to be built by the joint venture between Swedish Stena Bulk and the Swiss-based Proman Shipping.

The steel cutting for Stena Pro Patria, which started on January 7, 2021, is taking place at Guangzhou Shipyard International (GSI) in China and marks the operational beginning of Stena Bulk and Proman’s journey together as a joint venture. This partnership will also include the construction of two additional vessels: Stena ProMare and Stena Prosperous.

The methanol-ready 49,900 DWT tanker will benefit from several design and technical improvements to optimize energy and fuel efficiency.

Stena Pro Patria will use approximately 12,500 tonnes of methanol as fuel per year, helping to reduce the volume of carbon and greenhouse gas emissions resulting from the vessel’s commercial operations, especially compared to the use of conventional marine fuels.

The Stena Pro Patria steel cutting activities represent another relevant milestone in Stena Bulk’s long-standing relationship with Guangzhou Shipyard International – the shipyard which has previously been responsible for building other Stena Bulk IMOIIMAXes. 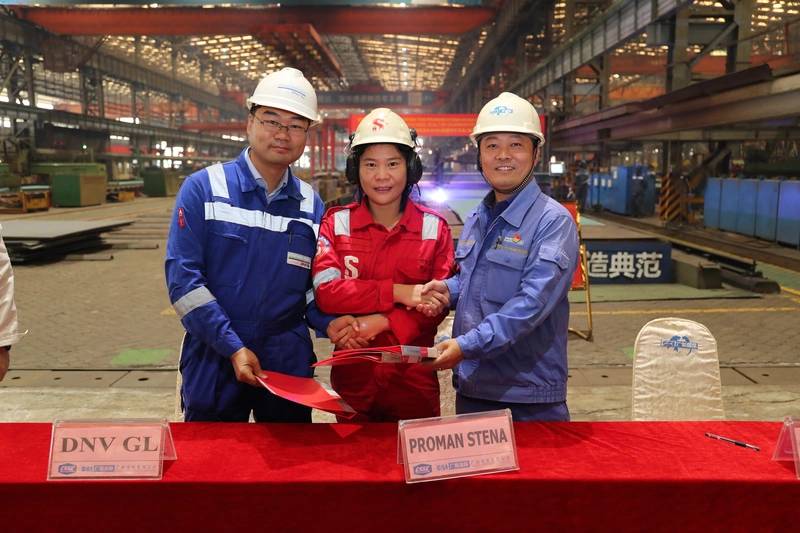