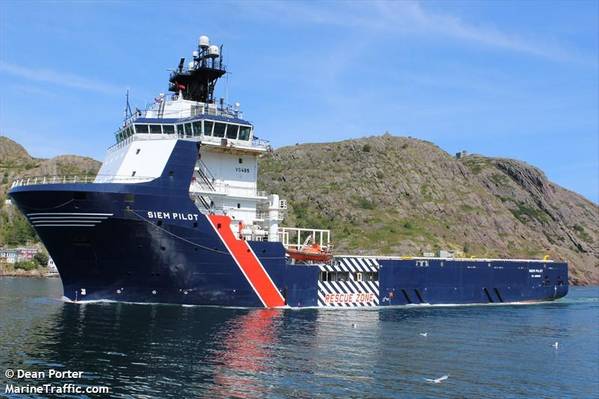 The company said Friday that its Canadian subsidiary Secunda Canada had received a notice of early termination of the charter party for the vessel Siem Pilot.

“The original charter period expires in November 2022. Secunda Canada LP will be entitled to an early termination fee,” Siem Offshore said. According to available information, the vessel had been on a long-term contract with the Canadian oil company Suncor.

Built in 2010, the 88.3 meters long Siem Pilot is a diesel-electric driven supply ship and pipe carrier. The vessel is specially designed for field supply & ROV duties.

Siem Offshore’s fleet, as per a presentation in October, consisted of 33 vessels, (32 when counting the sale of Venture Sea).