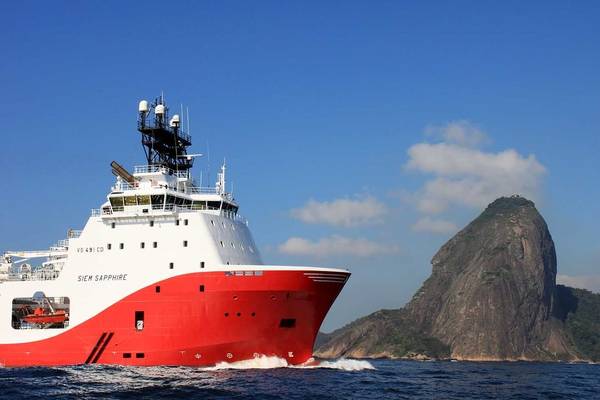 “Delivery [of the vessel] has already taken place, and secures firm utilization well into the third quarter of 2022 plus options,” Siem Offshore said.

The scope of work consists of walk-to-work (“W2W”) operations for accommodation support in relation to the commissioning of an offshore wind farm. Siem Offshore did not say who the client was.

“This contract reiterates the strong demand from the offshore wind market, and serves as an example of the multipurpose capacities of our overall fleet,” Siem Offshore said.

“Siem Sapphire” will be Siem Offshore’s second vessel operating in Taiwan along with the OSCV “Siem Barracuda” which has been active in the region since early 2021.