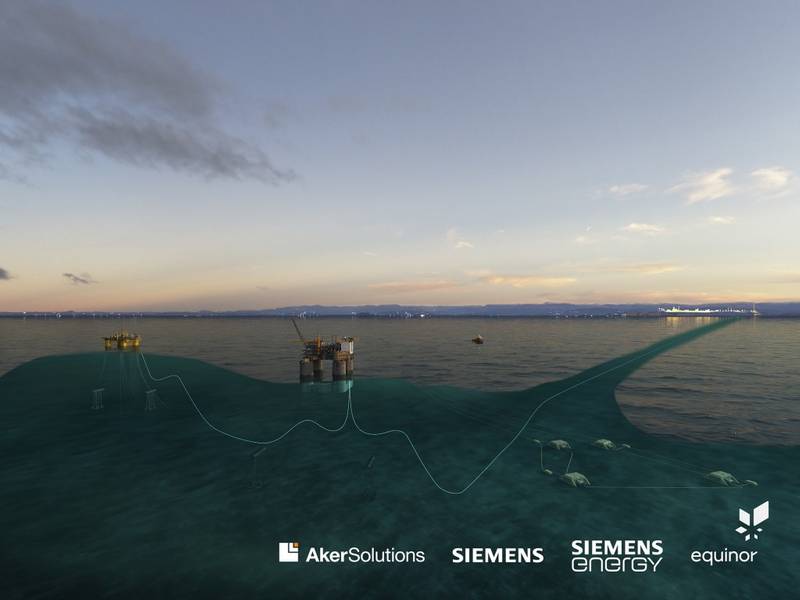 Siemens Energy has earlier this month won a contract with Norway’s Aker Solutions to supply the complete packages for the electrical transmission, distribution, and power management system (PMS) for the Troll West electrification project in the North Sea.

The Troll field is operated by Equinor and contains considerable oil and gas reserves. According to Siemens Energy, a key objective of the Troll West electrification project is to reduce NOx and CO2 emissions by replacing existing gas turbine-driven generators and compressors on the Troll B and C facilities with power from shore.

The plan is to supply electrical power to Equinor’s Troll B and Troll C semisubmersibles with a 40-mile (65-kilometer), 150-megawatt subsea transmission cable from the Kollsnes natural gas processing plant on the island of Ona. Equinor estimates that reducing the power from the gas turbines on the Troll B and Troll C facilities will reduce annual carbon emissions by approximately 500,000 tonnes – an amount equivalent to about 1% of all emissions from Norway.

In addition, NOx emissions from the field will also be reduced by an estimated 1,700 tonnes per year. Siemens Energy’s scope of supply for the project includes a range of electrical equipment, including transformers, reactors, and switchgears.

Siemens AG is also part of the project consortium and will provide static frequency converter systems, large-scale drive trains, and special frequency converters, which will allow power to flow bi-directionally for normal and island operation.

“Siemens Energy has been working in the Troll Field for more than two decades and is proud to support Norway’s ambitions to reduce greenhouse gas emissions by 40% through 2030 and by 80- 95% through 2050,” said Jennifer Hooper, Senior Vice President, Industrial Applications Solutions for Siemens Energy.

“Our ability to provide a large portion of the equipment package for this project, coupled with our electrification experience on other offshore platforms operated by Equinor, including Martin Linge, Johan Sverdrup, and Goliat, were key factors in the contract award and will ultimately reduce project execution risks.”

Installation and commissioning of the electrical equipment for the Troll West project are scheduled for 2022 – 2023.