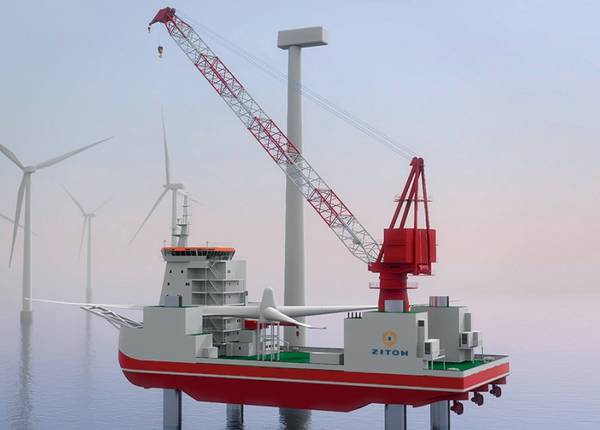 According to Ziton’s statement on Tuesday, Siemens Gamesa has, through a tender, selected the Wind Enterprise vessel as its main service jack-up “for the coming years.”

Ziton in mid-2019 chartered the jack-up from Vroon on a contract lasting until March 31, 2021, with an option to buy.

Following the successful bid for the Siemens Gamesa contract, Ziton said it would exercise the option to buy the jack-up “soonest.” The vessel

The Wind Enterprise is expected to start its Siemens Gamesa contract on March 1, 2021.

“The vessel will be able to service the majority of turbines during the charter, not least due to a boom extension which will be performed later this year,” Ziton said.