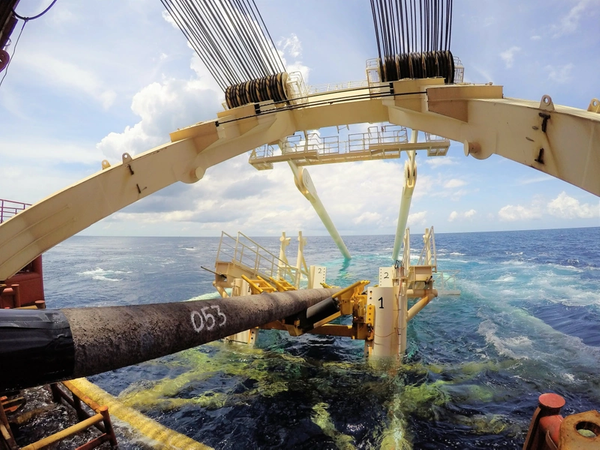 Italian gas group Snam has agreed with Spain’s Enagas to explore the construction of an offshore pipeline between the two countries, as Europe scrambles to diversify its energy supply mix and wean itself off Russian gas.

Spain has the largest capacity in Europe to regasify imported liquefied natural gas (LNG) from suppliers such as the United States, but transporting gas into Europe across the Pyrenees has been a problem.

The pipeline, if approved, would have a capacity of up to 30 billion cubic meters per year, Snam’s new Chief Executive Stefano Venier said in a conference call on first-quarter results.

“Being offshore, it’s easier to be deployed than on the ground,” he said, adding the feasibility study for the project should take three to four months.

Venier said the group would also be looking at a possible relaunch of the 8 billion cubic meters per year Midcat project to carry Spanish LNG into France.

“It’s a sizeable opportunity we see in the reasonable near future,” he said, adding previous government opposition to the project had turned. Snam is a shareholder in Midcat through its Terega unit.

Venier said he expected one of the vessels to be on stream next year and the second in 2024. Italy currently only has three LNG terminals.

The group, which runs nearly all of Italy’s gas transport and storage business, said it expected gas demand in Italy this year to fall due in part to the increase in energy prices.