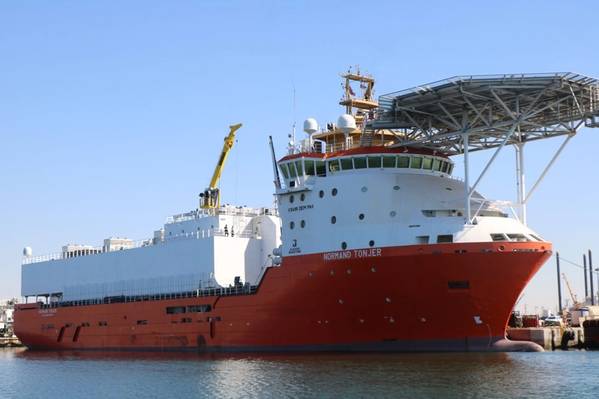 Solstad Offshore has won a contract for the construction support vessel Normand Tonjer.

The Norwegian offshore vessel owner said the new two-year firm contract would keep the vessel busy until October 2023. The 95-meter long vessel has been working for the same client since 2018, Solstad said, without saying who the client was. The company did not share the financial details.

Built by Kleven in 2010 as Rem Vision, the vessel was renamed Normand Tonjer, after the merger of Solstad and Rem Offshore in 2016.

According to the vessels AIS, as seen both on MarineTraffic and VesselsValue, the vessel recently had the Frigg offshore field in Norway marked as its next destination.

Frigg is a transboundary field in the UK North Sea between Norway and the UK. Equinor is the operator. It produced gas until late 2004 and was subsequently decommissioned. There are plans for the field redevelopment, and an appraisal well was drilled on Frigg in 2019.