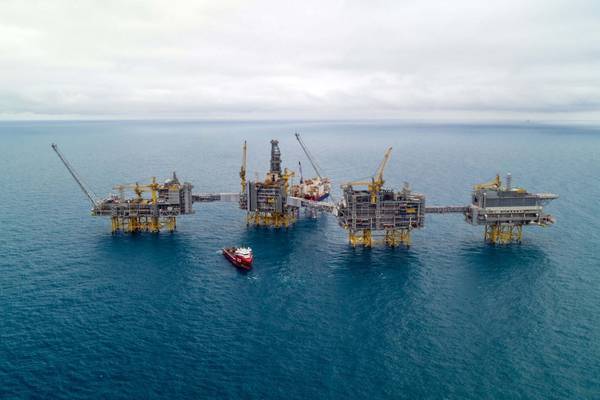 Norway’s power production surplus is expected to fall significantly by 2026, with the south of the country moving into deficit owing to rapidly increasing demand, power grid operator Statnett said on Friday.

Power demand in Norway is expected to grow to 158 terawatt-hours (TWh) by 2026, up by 19 TWh from current levels, driven by demand from offshore oil and gas platforms and new onshore consumers, such as data centers, Statnett said in its latest market analysis.

The biggest increase is expected in the southern part of the country, where the most of Norway’s power-intensive industries are located, along with new projects such as electrification of the Johan Sverdrup and surrounding offshore fields.

Norway’s current annual power surplus of 15 TWh would dwindle to 3 TWh in 2026, with southern Norway falling into deficit because of its stronger demand growth, Statnett said.

While power demand is rising in Norway, so is public opposition against building wind power turbines onshore, while opportunities to expand the existing hydropower plants are limited.

In the Nordic countries, which operate a joint power market, power production is expected to develop in step with demand, rising by 40 TWh by 2026, Statnett said.

The Nordic power market, which has had historically lower power prices than continental Europe, has registered record high prices this year. That has been driven by a dry year in the hydropower-dependent region, low wind power output and even higher prices in continental Europe.

While prices should ease in future, they will remain higher than over the past decade, with Statnett forecasting prices in southern Norway falling to 55 euros/MWh and 25 euros/MWh in the north by 2026.

“The trend towards lower power prices is primarily due to the fact that gas and coal prices are expected to fall back to more normal price levels, which directly reduces power prices in Europe and in Norway,” Statnett said.