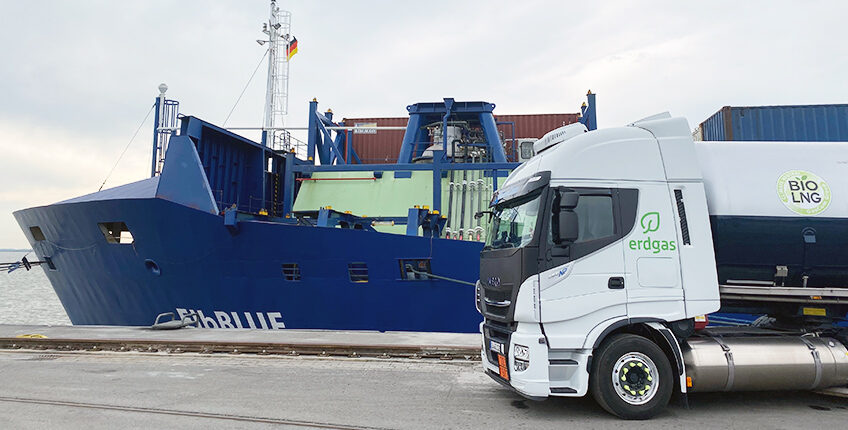 The renewable methane has a “vast” potential to replace fossil fuel in ships and can achieve up to 80 per cent of greenhouse gas (GHG) reduction, a new report showed.

The study found that In shipping, greenhouse gas emissions could be reduced by 35 to 80% by using sustainably produced renewable methane, especially depending on the methane slip of the engines used. For a greenhouse gas reduction of more than 80%, upstream emissions would also have to be reduced, according to the report.

What is more, the report highlighted that the majority of the exploitable potential has not been harnessed to date. The advanced biomethane produced from residual materials such as straw or liquid manure, as well as electricity-based methane are yet to be explored to the fullest.

Overall, the scientists concluded that the exploitable potential of renewable methane produced in Germany alone by 2030 would “significantly exceed the demand” for natural gas in the analyzed fuel segments.

However, the report also emphasized that renewable methane is generally more expensive than fossil natural gas, so that substitution will not occur on a purely cost-driven basis and without a regulatory framework.

“Due to the lack of regulatory requirements and incentives for use in shipping, the researchers do not assume that fossil LNG will be replaced by renewable methane in large quantities in the foreseeable future. However, the EU Commission’s “Fit for 55” package of measures published in 2021 and the draft FuelEU Maritime Regulation contained therein propose targets and initial measures to encourage the use of low greenhouse gas fuels in shipping,” according to the study.

Meanwhile, the methane’s potential was also explored under the MethanQuest project developed by e engineering company Rolls-Royce and German association for gas and water DVGW.

The project was launched in September 2018 with a total of 29 partners from research, industry and the energy sector with the goal of working together on processes for producing methane from renewables and for using it to achieve climate-neutral mobility and power generation.

Furthermore, some of the global shipping companies, including French shipping major CMA CGMA, have already started its low-carbon shipping offer based on biomethane.

As of May 2021, the CMA CGM’s clients are able to select biomethane via the Act with CMA CGM+ range of services, paving the way for a substantial reduction in the environmental impact of the shipping of their goods.

CMA CGM intends to push ahead with the development of this energy source by investing in biomethane production facilities and studying the viability of liquefaction processes so that biomethane can be rolled out as a shipping fuel.