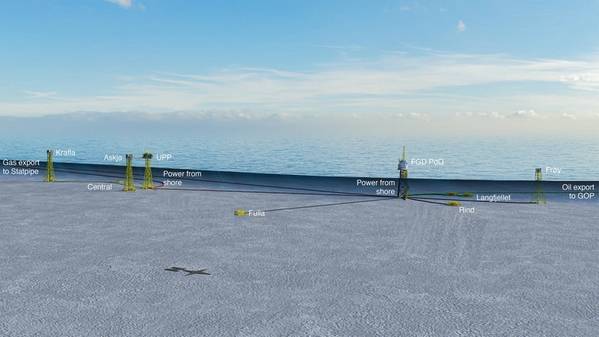 The awarded work is required to finalize the technical definition of the proposed development ahead of the final investment decision (FID) planned in late 2022.
Subsea 7 said that the value of a potential, subsequent EPCI (engineering, procurement, construction, and installation) contract would only be recognized by Subsea 7 in its backlog upon FID, and would represent a large project award. Subsea 7 defines a large contract as being between $300 million and $500 million. Offshore installation activities would be scheduled for 2024, 2025, and 2026.

Monica Bjørkmann, Vice President for Subsea 7 Norway said: “This award continues our long-standing collaboration with Equinor. The study enables Subsea 7 to engage early in the field development process, optimizing design solutions and contributing to the final investment decision. We are delighted to be a trusted partner for Krafla field development, and we look forward to working closely with Equinor to successfully deliver our scope with safety and quality at the forefront throughout.”

Equinor last year said that the Krafla field development would be one of the biggest development projects on the NCS in the planned realization period.

The planned development concept involves an unmanned production platform (UPP) to which subsea installations on Askja, Krafla, and Sentral will be tied in.

Krafla and NOA Fulla are planned to be powered from shore through a submarine power cable from Samnanger in Vestland county.