Subsea energy services firm Subsea 7 said Thursday it had agreed to merge its renewables business with OHT, and Oslo-listed heavy lift and transportation vessel owner which is building a fleet of offshore wind installation vessels, too.

The combined company will be renamed Seaway 7 ASA and will initially retain OHT’s listing on Oslo’s Euronext Growth market, with a view to a future listing on the main board of Oslo Børs.

The two companies said the transaction would create a pure-play renewables company focused on the fixed-bottom offshore wind market.

The company will be a single supplier providing a range of standalone, integrated or EPCI offerings encompassing installation of wind turbines, foundations, offshore substations, submarine cables, and heavy transport, the duo said.

Torgeir E. Ramstad, Chief Executive Officer, OHT said: “This is a very significant event in the growing Renewables industry. Subsea 7 is a highly respected company and we are delighted that it sees OHT as a natural partner in creating a new global leader in renewables. We are committed to translating the leading capabilities that the combined company will offer into benefits for clients within the offshore fixed wind industry.”

John Evans, Chief Executive Officer, Subsea 7 said: “This transaction represents an important next step in Subsea 7’s Energy Transition journey that will accelerate and enhance value creation for our shareholders. As a listed company with a comprehensive OHT ASA fleet and an experienced management team, Seaway 7 ASA is positioned to forge an enhanced growth trajectory as a global leader in offshore wind. Subsea 7 looks forward to working closely with Seaway 7 as it launches this next exciting chapter in its evolution.”

The combined company will be named Seaway 7 ASA and will retain OHT’s listing on the Euronext Growth market. Subsea 7 will own 72% and OHT’s shareholders 28% of Seaway 7 ASA.

The Board of Seaway 7 ASA will comprise four directors nominated by Subsea 7 and one nominated by OHT’s largest shareholder, Songa Corp. It will be chaired by Rune Magnus Lundetræ, currently chairman of the board of OHT ASA. Seaway 7 ASA will be managed by a highly experienced executive team led by Stuart Fitzgerald as Chief Executive Officer. Torgeir E. Ramstad, currently CEO of OHT and Steph McNeill, currently Subsea 7 EVP Renewables will also hold executive roles. 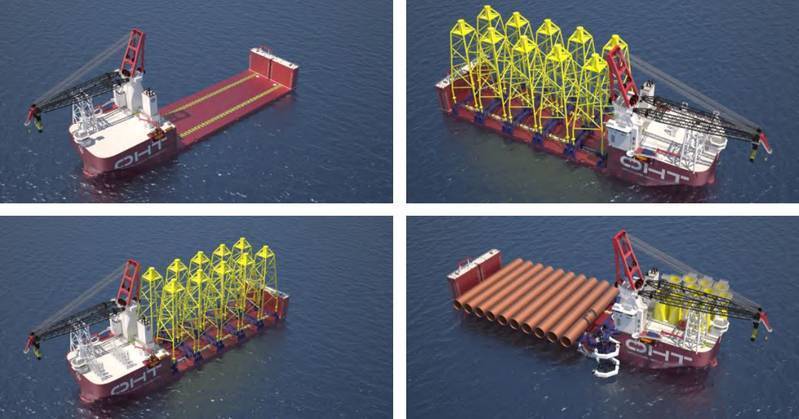 Since 2009, Subsea 7’s renewables business has installed over 700 foundations, more than 30 substations and over 800 kilometers of submarine cables using its fleet of two heavy lift vessels, two cable lay vessels, and an installation support vessel.

Subsea 7 will retain its business in floating wind, which will not be part of this transaction.

Below is the rationale behind the transaction, as shared by the two companies:

“Drawing on an expanded and diversified asset base, Seaway 7 ASA will offer a full range of specialist standalone transport and installation (T&I) services, as well as integrated T&I and EPCI solutions that combine the installation of turbines, foundations, substations and cables. The addition of heavy transportation capabilities provides further value chain integration opportunities as well as mitigating risks associated with delivery schedule management.

“The offshore wind industry is a high-growth market that is expected to drive sustained, strong demand for the services of contractors. Between 2020 and 2030, the annual installation of wind power, measured in gigawatts, is anticipated to grow at a compound average rate above 20%.

“Seaway 7 ASA will leverage strengthened capabilities and a differentiated asset base to capture an increased share of this high-growth market and reinforce its position as a global leader in the offshore wind industry. Looking ahead, with the financial and operational support of its parent company, Seaway 7 ASA will have the opportunity, if market conditions permit, to accelerate the expansion of its specialized fleet.”