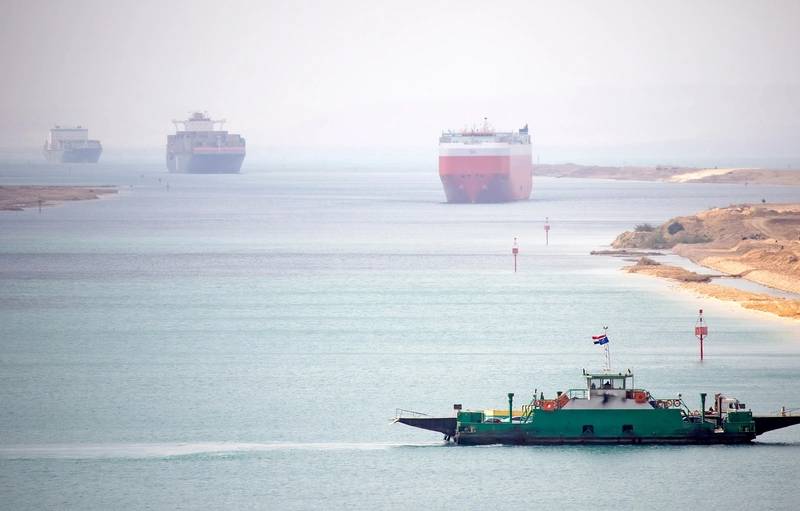 Egypt’s Suez Canal registered revenues of $544.7 million in January, up from $495.7 million in the same month a year prior, the canal authority said in a statement on Tuesday.