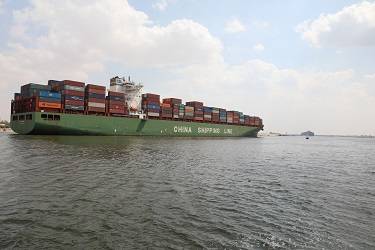 Egypt’s Suez Canal Authority said on Thursday its revenues in April were $552 million compared with $476 million in the same month last year.

The canal’s authority said 1,814 ships transited in April, up from 1,731 ships in the same month last year.

A massive container ship blocked the waterway in late March causing a huge backlog of vessels waiting for passage in what is the fastest shipping route between Europe and Asia.