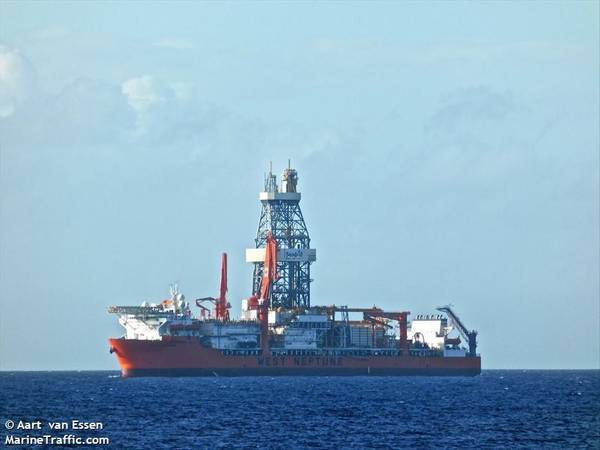 U.S. oil company Talos Energy on Thursday said its drilling operation at the Gulf of Mexico Tornado 3 well was a success.

As previously reported, Talos Energy in May said it had chartered Seadrill’s West Neptune drillship to drill the Tornado Attic well to build on the water flood project in the Tornado field in the Green Canyon area of the U.S. Gulf of Mexico. Production impact from this well is expected sometime in the third quarter of 2021, Talos said at the time.

The Tornado Attic well was designed to optimize recovery and was drilled approximately 4,500 feet from the Tornado water flood injection well and 1,550 feet away from the closest existing producer well.

The well encountered approximately 85 gross (63 net) feet of true vertical thickness pay in the B6 Upper Zone with rock properties and reservoir consistent with internal modeling and pre-drill expectations.

“The company will immediately move to the completion phase. As a result of the existing infrastructure in place and accelerated completion timeline, production is expected by the third quarter of 2021, ahead of initial expectations,” Talos said.

The Tornado field was discovered in 2016 and is about three miles south of Talos’ Phoenix complex, which Talos acquired in 2013 and uses the HP-I floating production facility. To date, the Tornado field has produced roughly 34 million barrels of oil equivalent (“MMBoe”) gross, with oil accounting for around 80% of the total.

Talos President and Chief Executive Officer Timothy S. Duncan commented: “We are pleased to announce success with our latest Tornado well, which will optimize recovery from the field and builds on the success of the recent water flood project where our multi-disciplinary team has done a fantastic job.

“More broadly, this success highlights our diversity of project inventory, spanning a wide range of target sizes, risk profiles and turnaround times to first production by utilizing infrastructure in place. We look forward to bringing this well online ahead of schedule and to adding production from our prolific Tornado field, which has been a steady, material contributor to our Company’s success since it was discovered over five years ago.”