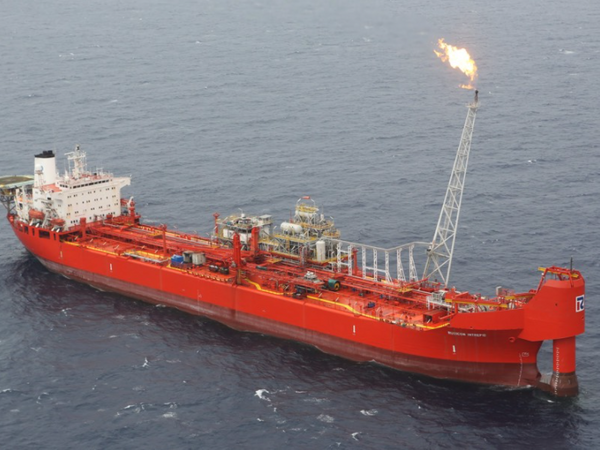 Tamarind Resources said Tuesday it had acquired the Rubicon Intrepid FPSO from the owner Rubicon.

The Rubicon Intrepid, converted into an FPSO from a shuttle tanker in 2007/2008, has been operating at the Galoc field offshore the Philippines at SC14C, Northwest Palawan since October 2008.

“To progress Tamarind’s strategy of improving performance from under-exploited fields via operational excellence, now even more critical given the continued volatility and downturn in world oil prices, the Tamarind team has continued to look at innovative ways to maintain oil field profitability. To achieve this, Tamarind has acquired the FPSO Intrepid from its O&M provider Rubicon,” Tamarind said Wednesday.

In turn, Tamarind said it was leasing the FPSO Intrepid to the Galoc Joint Venture on terms “that are mutually beneficial to both parties and most importantly, enable the Galoc JV to continue production and the economic life of the Galoc field.”

Tamarind did not share the purchase price for the FPSO.

The Galoc oil field, in production since 2008, is located in the Palawan basin  – near the Shell-operated Malampaya field, 60 kilometers offshore in a water depth of 290–400 meters. Tamarind owns 55.88% equity and operatorship of the field.

Offshore Engineer has reached out to the FPSO owner Rubicon, seeking more details on the FPSO sale terms. We will update the article with any response we may receive.

According to WER’s monthly FPSO Report (Paywall), Rubicon in May 2020 invited expressions of interest for the acquisition of its Rubicon Vantage and Rubicon Intrepid FPSOs including the operating company,  buy Rubicon Holdings or its direct subsidiary Rubicon Offshore, or purchase the two FPSOs.