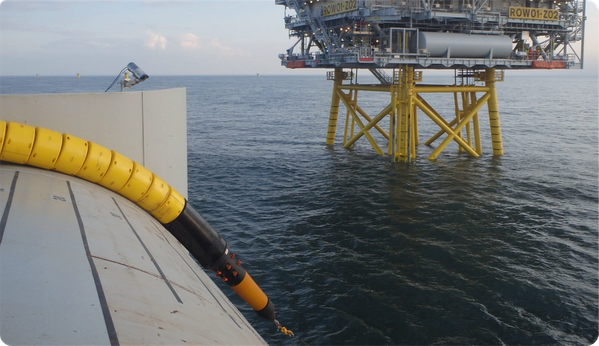 Tekmar Energy has this week announced a contract award to supply its cable protection systems for RWE’s Kaskasi offshore wind farm in the German sector of the North Sea.

Construction work at the 342MW offshore wind farm will start in Q3 2021 and the project is planned to be fully commissioned by 2022. Once fully operational, Kaskasi will be able to supply the equivalent of 400,000 households a year with green energy.

Tekmar Energy will supply the wind farm with its patented TekLink cable protection system, which will protect the export cables as they transition from the seabed through the dynamic zone. The systems will be manufactured at the company’s facility in the North East of England this year.

Russell Edmondson – Managing Director at Tekmar Energy said, “We are delighted to once again be supplying our leading CPS technology to protect a major European offshore wind farm project.”

This is the second CPS award announce by Tekmar in February. Earlier this month, the company won a contract with cable manufacturer Prysmian to deliver cable protection systems for the Saint-Nazaire offshore wind farm, where the project’s entire subsea cable system will be protected with Tekmar Energy’s CPS technology.

Saint-Nazaire is a 480MW offshore wind farm located off France’s Atlantic Coast and owned by EDF Renewables and Enbridge. It is the first commercial-scale wind farm installed in French waters.