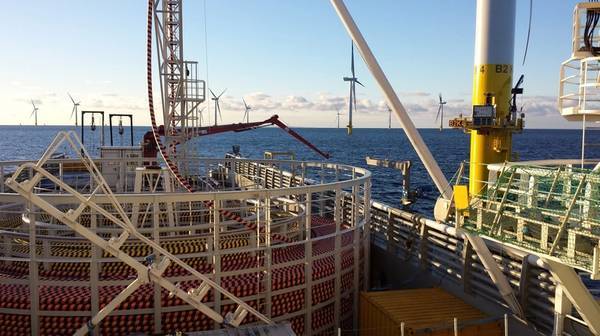 “Tekmar supplied over 340 export and array CPS in total. All systems were delivered to schedule and budget, despite unprecedented global supply chain challenges,” Tekmar said Thursday.

The 1.3GW+ Hornsea Two wind farm will be the Ørsted’s company’s 13th offshore wind farm in the UK and once it’s operational in 2022, Ørsted will be supplying over 7% of Britain’s electricity.

The wind farm will feature 165 8MW wind turbines supplied by Siemens Gamesa Renewable Energy. The turbines have a rotor 167 meters in diameter, with the blades 81.5 meters long.

Interestingly, the Hornsea Two project is where Ørsted earlier this year installed its 1000th offshore wind turbine in UK waters. This was the 16th turbine for the project itself.

Ørsted said last month that the project was ready for the final third of wind turbines to be installed.

Once commissioned in early 2022, Hornsea Two will provide electricity for about 1.3 million British homes.