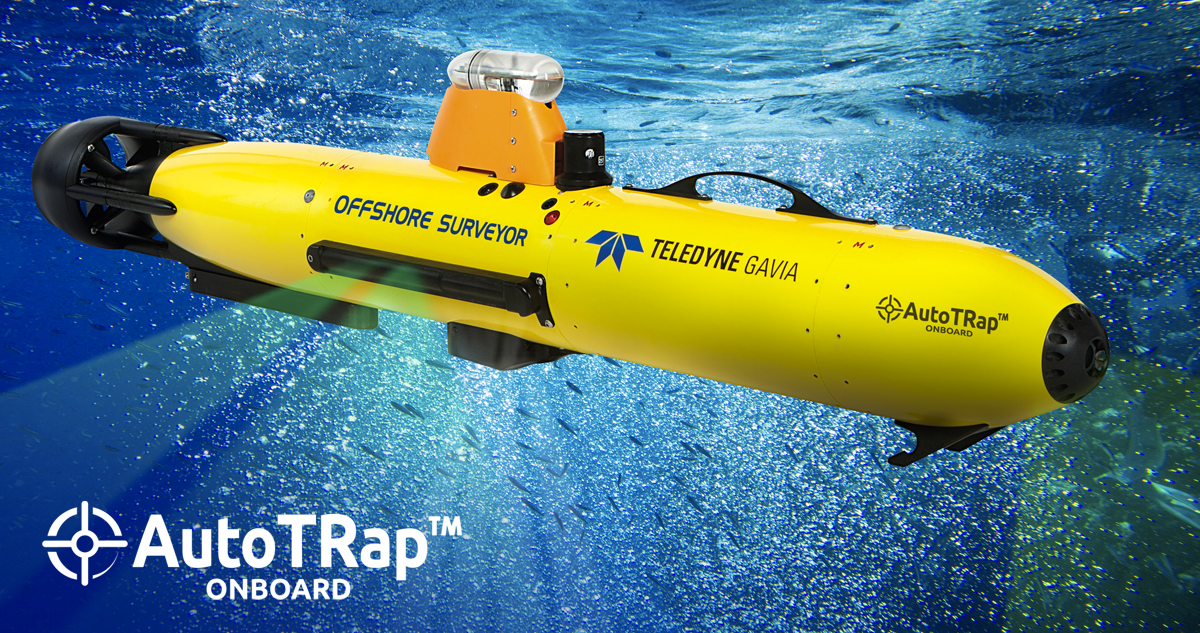 Teledyne Gavia has introduced Charles River Analytics’ AutoTRap Onboard, an AI-based object detection software as a new capability onboard their Gavia marine vehicles.

As underwater operations become more complex and dangerous, AI tech has emerged as the clear solution for delivering the consistent and accurate results that have proven elusive until now due to the challenges of ever-changing marine environments.

“This product saves time and money – operators don’t have to bring the vehicle to the surface, download its data, and then send it back down for further investigation (if necessary).

“Our customers have been asking us for a reliable way to carry out seafloor surveys, such as mine hunting.

“AutoTRap Onboard makes finding these targets of interest much easier and builds higher levels of confidence in AI systems.”

In environments that are challenging for target detection, AutoTRap Onboard has demonstrated excellent detection rates and false positive rates; identifying truncated conical objects on a rocky volcanic seafloor with a 90 per cent probability of detection.

AI software must perform as expected despite constant variations in the deployment environment.

AutoTRap Onboard has been designed with a versatile architecture that is robust across different environments, new sensor types, and changing mission goals.

Target Library – Collection of trained targets. The Target Detector searches for these targets in the sonar image.