Ten Men Get 12 Years in Prison for Chinese Ship Hijacking 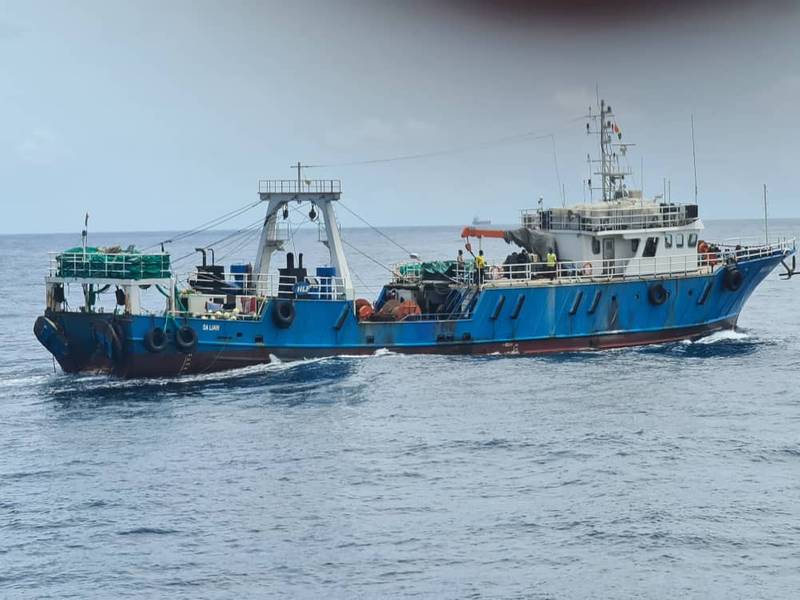 A court in Lagos sentenced 10 men to 12 years in prison on Friday for kidnapping the crew of a Chinese-flagged merchant vessel last year, the navy said, a verdict that officials hope will help tackle piracy in the waters off Nigeria’s coast.

Federal high court Justice Ayokunle Faji, who also fined each man 250,000 naira ($608) for each of the three counts for which they were charged, said their actions in kidnapping 18 crew from the FV HAILUFENG II in May 2020, were “an embarrassment to the nation that has impacted the economy negatively”.

The defense counsel said the men would appeal.

The hijacking ended when the navy said it had rescued the vessel’s crew members and arrested the pirates.

The Gulf of Guinea, which spans more than a dozen West African countries, has been known as “pirate alley” for years due to persistent attacks. Last year pirates in the region kidnapped a record 130 seafarers in 22 separate incidents, according to the International Maritime Bureau.

Most of the pirates operating in the area come from the Delta region of Nigeria, which is poverty-stricken despite being rich in oil resources.

Last year a Nigerian court made the first convictions under a 2019 anti-piracy law. Before that, there was no specific law against piracy.