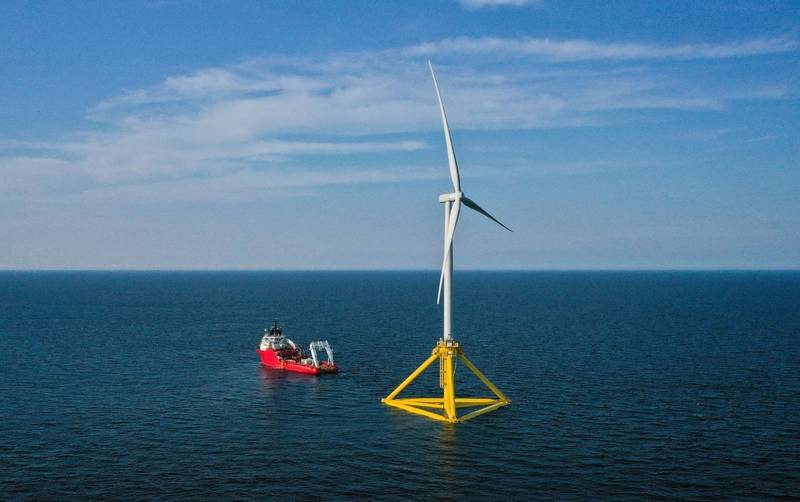 The TetraSpar floating wind foundation, developed by Stiesdal Offshore Technology, has arrived at the Marine Energy Test Centre, near Stavanger, southeast Norway. The foundations have been fitted with a 3.6MW wind turbine.

The news was shared via social media both by Stiesdal and the offshore installation firm Bourbon Subsea Services. Bourbon was responsible for the transportation and installation of the 3,6 MW Floating Wind Turbine prototype.

The TetraSpar foundation concept is the modular “building block” arrangement: each foundation is assembled from tubular steel modules, most of which are common to all configurations. Manufacturing takes place in factories using industrialized methods, and their assembly near the site as well as towing are measured in days or weeks, instead of months, Bourbon has said in one of its previous statements.

Another particularity of TetraSpar Demonstrator is its stability provided by a keel deployed 50m below the floater.

Stiesdal said Friday that the TetraSpar Demonstrator had arrived at METCentre following a tow of 360 nautical miles from Grenaa, Denmark. it is now installed at the METCentre test site off the island of Karmøy near Stavanger, Norway.

Cable installation is planned for late summer, the company said.

Commenting on the demonstrator reaching the test site in Norway, Bourbon Subsea Services said: “After mooring system installation in June and keel connection early July, achieving this milestone was particularly emotional for our teams. TetraSpar Demonstrator has now reached her final home location and is now ready to start her production life!”

According to World Energy Reports, the global floating wind installed capacity will reach between 8 to 10 GW by the end of this decade, and next decade WER expects to see more than 60GW of floating wind farms commissioned.