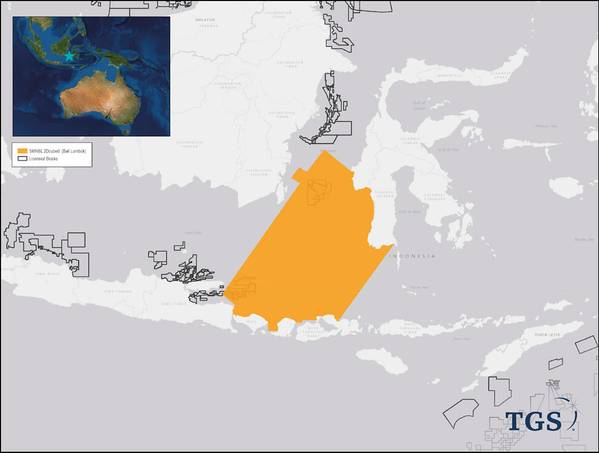 The company said that processing has begun on the East Java Sea 2D-cubed project. The will utilize 2D-cubed technology to integrate all existing seismic data across a 270,000 square kilometer area to create a one-stop tool for regional evaluation. The dataset will combine over 120,000 kilometers of 2D seismic data from over 80 legacy surveys into a single exploration tool and create a well data package comprising 88 wells, TGS said.

“The final multi-client product, supported by Ditjen Migas, Pusdatin ESDM, SKK Migas and Pertamina, will be unrivaled in its coverage. A single conformable seismic volume will allow customers to develop structural and geological models in their pre-study evaluation process. This project covers significant acreage in the 2nd 2021 Indonesian License round, including the Agung-I and Agung-II blocks. Early project deliverables are expected from Q2 2022,” the company said.

“2D-cubed is a unique technology from TGS that generates a 3D seismic volume from a set of 2D lines. It uses an advanced structurally conformable interpolation algorithm to maximize the potential of existing 2D multi-vintage and 3D data. The resultant volume can be used for both regional interpretation and the optimization of subsequent 3D and 2D survey designs. TGS has undertaken similar large-scale projects in other Asia Pacific basins in places such as Timor-Leste and Australia to industry acclaim. This technology has also been applied offshore Sakhalin, Russia, and throughout the Norwegian and UK North Seas,” TGS said.

Kristian Johansen, CEO at TGS, said: “TGS is committed to developing multi-client seismic projects that help drive exploration in Indonesia. This regional product will enable exploration companies to efficiently assess hydrocarbon prospectivity and initiate studies on vast volumes of data in unprecedented timeframes.” This project is supported by industry funding.