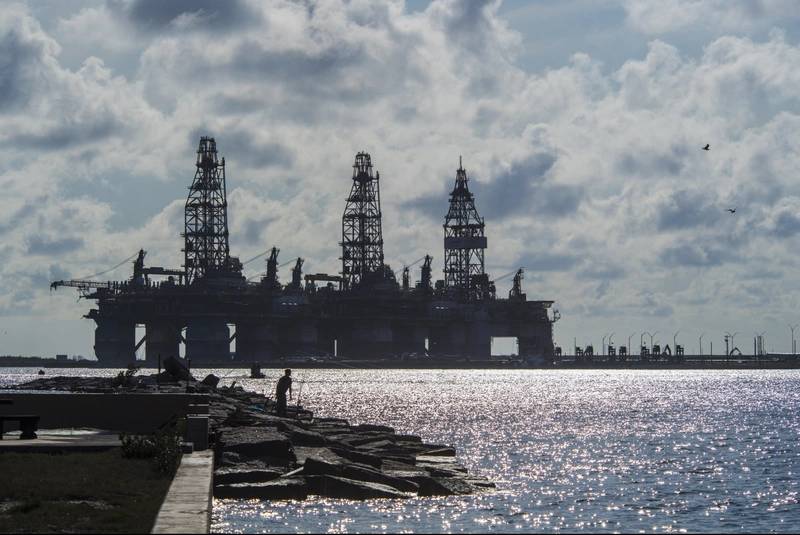 U.S. energy firms [last] week added oil and natural gas rigs for a fourth week in a row as more storm-hit offshore units resumed service in the Gulf of Mexico, and as crude prices this week hit three-year highs, prompting drillers to return to the wellpad.

The oil and gas rig count, an early indicator of future output, rose seven to 528 in the week to Oct. 1, its highest since April 2020, energy services firm Baker Hughes Co said in its closely followed report on Friday.

The total rig count was up 262 rigs, or 98%, over this time last year. Drillers have added rigs for 14 straight months.

In the Gulf of Mexico, three offshore rigs returned to service [last] week, bringing the total rigs off Louisiana to 10.

During the week ended Sept. 3, all 14 offshore oil rigs operating in the Gulf of Mexico, all of which were located off Louisiana, shut due to Hurricane Ida.

U.S. crude futures were trading above $75 a barrel on Friday, putting them near their highest since October 2018, as the Organization of the Petroleum Exporting Countries and their allies like Russia, a group known as OPEC+, keep supplies tight amid recovering demand.

With oil prices up 56% so far this year, several U.S. energy firms have said they plan to raise spending, which however, remains small as most firms continue to focus on boosting cash flow, reducing debt and increasing shareholder returns.

Many analysts expect that extra spending will only replace natural declines in well production.