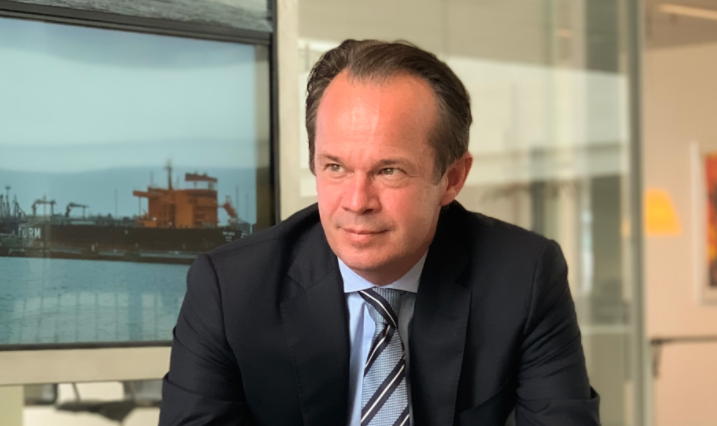 The facility will postpone the debt maturity for eight vessels until 2027, providing the company with $12 million in liquidity.

TORM said the adjustment in pricing is linked to the reductions in CO2 emissions year on year, so that it aligns with the International Maritime Organization’s 40% reduction target in greenhouse gas emissions by 2030.

The general idea behind the global framework is for the signatory banks, as capital providers, to support the objectives of the IMO, the primary issue being climate change.

With the latest joining of BNP Paribas, Credit Suisse, and Japan’s Sumitomo Mitsui Trust Bank the principles now cover over $150 billion in loans to international shipping.

This is TORM’s first loan agreement that includes a CO2 emission-linked price adjustment mechanism, and the company follows in the footsteps of companies including Euronav, Ardmore, and International Seaways.

TORM has been on a fleet renewal mission over the past few quarters, having sold and delivered two MR vessels to new owners during the third quarter of 2030.

The shipowner has also agreed to buy two 2010-built deep well MR vessels for a total consideration of $32.6 million with expected delivery between November 2020 and February 2021.

The vessels are built at the Korean yard Hyundai Mipo. TORM said it was in advanced discussions for the financing of the vessels.

As part of its IMO 2020 Sulphur Cap compliance strategy, the company is yet to install 6 more scrubbers out of a total of 50 planned. The installations are set for completion during the remainder of 2020 and in 2021.

For the third quarter of 2020, the tanker owner has reported a profit before tax of $1 million, a rebound from a loss of $8.5 million from the same period in 2019.

The company said that the freight rates declined from historically high levels in the second quarter, but remained strong when compared to last year. As explained, the quarter has been negatively impacted by a significant stock draw.