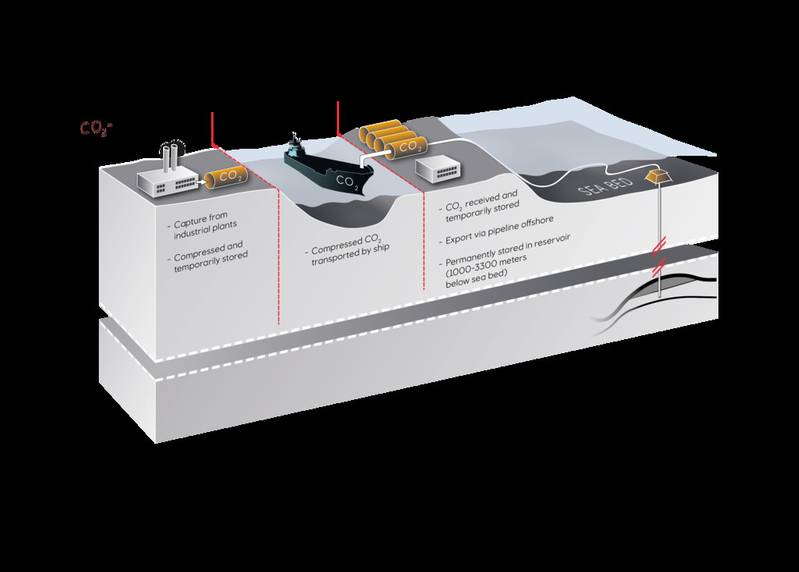 The North Sea could be switched from a depleting oil and gas basin to a site for storing carbon dioxide under the seabed, Total CEO Patrick Pouyanne said on Tuesday.

The French oil firm is one of the partners in the Northern Lights project, which aimed to bury CO2 underground and help companies meet climate targets by preventing the heat-trapping gas from being released into the atmosphere.

The Norwegian government, which is financing 80% of the 6.9 billion crowns ($791 million) needed for the first stage of development, provided funding for the project on Tuesday, having announced its backing in September.

“The North Sea is offering a big potential to Europe because we can imagine hydrocarbon production will diminish, in particular in the Netherlands, Denmark and some part of the UK,” Pouyanne told a news conference.

“There could be life beyond these depleted fields, to develop an active carbon storage industry,” he said, speaking alongside the CEOs of Equinor and Shell, Total’s Northern Lights partners, and Norway’s oil minister.

In Britain, Total, Shell and Equinor are part of the Net Zero Teesside project operated by BP, the first carbon capture, usage and storage (CCUS) project in that country.

Total is also looking at storing CO2 underneath the Danish part of the North Sea, where it is the largest operator of offshore oil and gas platforms, though this is still an early stage, said Pouyanne.

Total is also eyeing capturing the CO2 emissions of its oil refinery in Normandy, northern France, and transporting them to Norway for burial, he said.

CCS could also be used to capture CO2 emissions when hydrogen is produced from natural gas.

In October, Microsoft became the first global company to sign a memorandum of understanding with the Norwegian project, and will be a technology partner too.