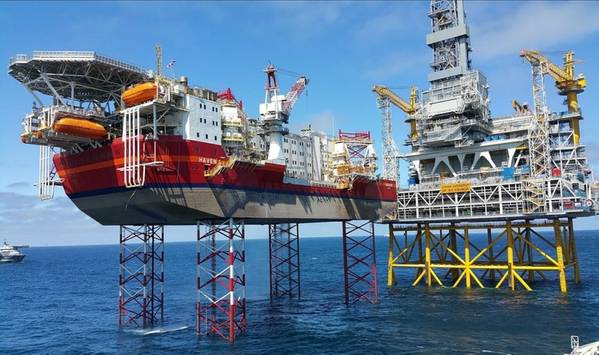 Jacktel, a subsidiary of Macro Offshore, has won a contract with Total for the supply of its accommodation jack-up Haven at the Tyra redevelopment project offshore Denmark.

The contract has a duration of 20 months and starts in the third quarter of 2021. The estimated contract value is around $35 million for the firm period. Total has the option to extend the contract beyond the fixed period.

The Haven accommodation jack-up is currently located at Semco Hanøytangen.

“Prior to being mobilized to Denmark, the vessel will reinstate the old foundations. As a result of this modification, Haven will become more generic and be able to cater for the most dominant soil conditions at fields in the North Sea,” Jacktel said.

The Tyra field is the largest gas condensate field in the Danish Sector of the North Sea. Due to seabed subsidence, the Tyra field required redevelopment, a project that was sanctioned in 2017.

The Tyra Redevelopment consists of three main elements: Removal and decommissioning of the prior Tyra platforms, reuse, and 13 meters extension of the current jackets at six platforms that will have new topsides and a new process platform, and a new accommodation platform.

The project is the largest project carried out on Danish Continental Shelf, and will most likely remain the largest one as Denmark has recently suspended future oil licensing rounds, and said it would put an end to all oil and gas exploration and extraction in the North Sea by 2050.

The start-up of the Tyra Redevelopment Project is expected in the second quarter of 2023. When back in operation, Tyra is expected to reach peak production of approximately 60,000 boepd.