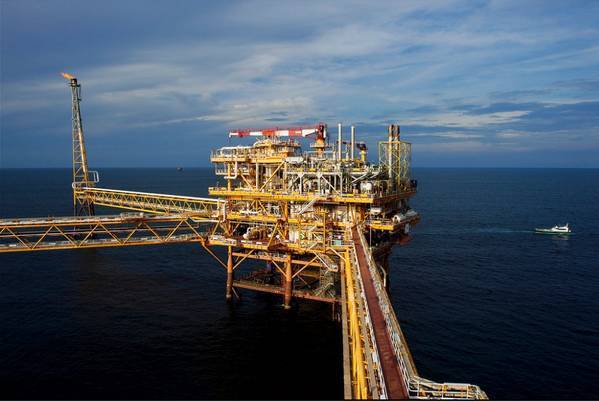 French oil major TotalEnergies on Wednesday confirmed it would officially exit Myanmar oil and gas business in July, after the company first announced its plans to leave the country over worsening humanitarian conditions after last year’s military coup. The company confirmed that its operations would be taken over by Thai PTTEP.

“On January 21, 2022, TotalEnergies announced its decision to withdraw from the Yadana field and from gas transportation company MGTC in Myanmar, both as operator and as shareholder, because the situation in this country no longer allowed TotalEnergies to make a sufficiently positive contribution. Since then, TotalEnergies has initiated a due diligence process to ensure a responsible withdrawal for its stakeholders in Myanmar, particularly its employees and the local communities that have been supported by TotalEnergies for many years through its role as an operator in the MGTC gas pipeline area,” TotalEnergies said.

“As a reminder, in light of the exceptional situation, TotalEnergies has chosen to withdraw from Myanmar without seeking any financial compensation for its assets,” TotalEnergies said.

According to PTTEP, the Yadana offshore project currently produces natural gas at the rate of approximately 770 million standard cubic feet per day (MMSCFD), approximately 220 MMSCFD, accounting for 50% of the country’s gas demand, and is supplied for electricity generation in Myanmar.

Thailand also relies on this source of energy as around 550 MMSCFD of gas from the field is fed to 12 various power plants for electricity generation, serving the demand of 11 million people living in the west and central part of Thailand. The amount of this imported gas contributed to about 11% of Thailand’s gas demand, PTTEP said Tuesday.

PTTEP to take on all TotalEnergies staff

“In addition, PTTEP has expressed its willingness to take on all staff currently employed by the TotalEnergies affiliate in Myanmar. TotalEnergies is working closely with PTTEP to ensure that the transition occurs in a fair and orderly manner. With respect to our employees who have been ensuring the safety and efficiency of operations in Myanmar since January 21, TotalEnergies will help all those who wish to transfer to the new operator and will ensure that they continue to be employed under the same conditions,” the company said.

“At the same time, TotalEnergies will work with PTTEP to ensure that the existing socio-economic development program led by TotalEnergies to support local communities living near the MGTC pipeline will continue after its withdrawal. To this end, TotalEnergies will allocate the resources necessary to a dedicated fund in order to contribute financially to the actions to be carried out by the future operator,” the company said.

“TotalEnergies’ withdrawal from Yadana and MGTC will be effective at the latest at the expiry of the 6-month contractual period, i.e. July 20, 2022, giving the Company and PTTEP enough time to ensure the safe and orderly transfer of the operatorship while ensuring a fair transition for our key stakeholders, our employees and local communities where we operate,” the company added.