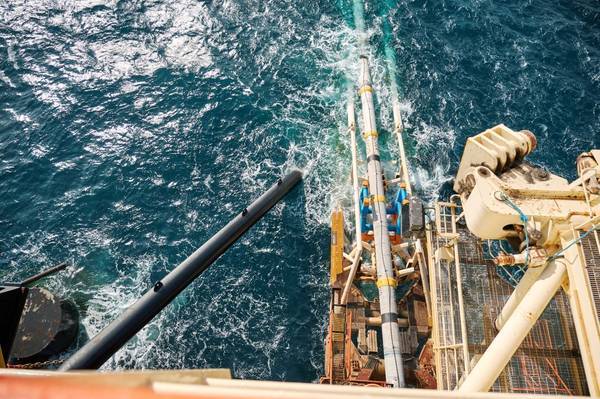 The Trans Adriatic Pipeline (TAP), a European leg of a pipeline carrying gas from the Azeri section of the Caspian Sea, and crossing Greece, Albania, the Adriatic Sea, and Italy, has started commercial operations.

TAP is the European part of the Southern Gas Corridor, a gateway project that will transport 10 billion cubic meters (bcm/a) of new gas supplies from Azerbaijan to multiple markets in Europe.

The TAP system, which took four and a half years to complete, is designed with the potential to double its throughput capacity to 20 bcm/a.

According to Wood Mackenzie, the TAP construction involved 4.5 billion euros of capex and “a variety of obstacles – especially in Italy where the pipeline ends.”

TAP will transport natural gas from the giant Shah Deniz II offshore field in the Azerbaijani sector of the Caspian Sea to Europe.

The 878 km long pipeline connects with the Trans Anatolian Pipeline (TANAP) at the Turkish-Greek border in Kipoi, crosses Greece and Albania and the Adriatic Sea, before coming ashore in Southern Italy.

Murray Douglas, Wood Mackenzie Research Director, said: “This is a long-awaited and impressive milestone for all stakeholders. It is the first delivery of contracted Azerbaijani gas beyond Turkey, it provides a fourth gas import pipeline corridor for the EU, it boosts diversification and energy security, and it is an inflection point for import-reliant gas markets in Italy, Bulgaria, and Greece.

“TAP’s commissioning enhances Italy’s supply options as it forges ahead with plans to decarbonize. It represents the first major pipeline project not underpinned by contracts with Eni. It will also improve the liquidity of Italy’s PSV gas hub and open more opportunities for south-to-north flows in the country.

“TAP’s successful construction phase wasn’t all plain sailing, however. The main threat to the timeline was the politicized permitting issues in Italy, which were largely resolved in 2018. More recently, TAP had to adapt to finishing construction, testing, and commissioning amid the coronavirus pandemic and related restrictions.

“For the Southern Gas Corridor project and its many stakeholders, TAP’s launch is the end of the beginning, not the end itself. A scenario without TAP expansion to 20 bcm per year would be a failure against the initial objectives, especially for European supply security. All eyes will be on the binding phase of TAP’s market test in summer 2021. This could be a bellwether for the post-lockdown recovery of European gas fundamentals.

“Despite the European Green Deal and current market uncertainty, we are positive on the outlook for TAP expansion. However, regional gas dynamics have shifted since TAP construction started in 2016, especially thanks to Turkey’s recent giant Black Sea gas discovery. More Azerbaijani gas had been the initial hope to fill TAP expansion, but this is looking increasingly unlikely because of challenging project economics and better-positioned supply alternatives, including Russian gas.”