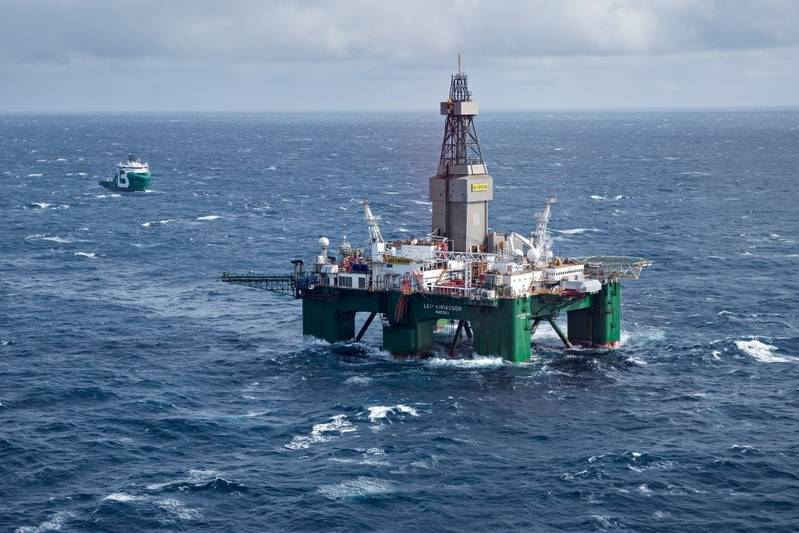 Offshore drilling firm Transocean on Friday released its quarterly fleet status report in which it announced several new contracts, a contract termination in Malaysia, and the retirement of the Leiv Eiriksson semi-submersible drilling rig.

Some of the contracts have been announced previously, such as the extensions with Petrobras for Deepwater Corcovado (680 days) and Deepwater Mykonos (815 days).

Furthermore, in India, Reliance has exercised its option to extend the contract for the Dhirubhai Deepwater KG1 drillship in India, for seven more wells. The 2009-built rig will remain on contract with the Indian oil firm until November 2022, at a dayrate of $127,000.

In Trinidad, Transocean has secured contracts with Shell and BHP Billiton, respectively, for the use of the Development Driller III semi-submersible drilling unit.

The semi’s one-well contract with Shell runs between May and June 2021, at a $250,000 per day rate. After that, the ultra-deepwater drilling unit will start its $220,000 a day contract with BHP Billiton, which will run until August 2021.

In Norway, Equinor added a one-well contract to the backlog of the Transocean Norge harsh environment drilling unit – running between April and May 2021- at a dayrate of $294,000. Also in Norway, the Hungarian oil firm MOL awarded a three-well contract for the Transocean Barents semi-submersible drilling unit. The rig will stay with MOL between May and December 2021, at a $270,000 dayrate.

In the UK, Chrysaor extended the contract for the Paul B Lloyd semi-submersible drilling rig, which will see the rig staying with the UK-based oil company until September 2021. Transocean did not share the dayrate for the Paul B. Lloyd.

In Malaysia, Petronas elected to terminate the contract for the Deepwater Nautilus.

The Deepwater Nautilus was under a contract that was expected to expire at the end of late February 2021. However, Transocean said that Petronas sent “a purported notice of early termination to us in November 2020 attempting to terminate the remaining term of the contract at that time.”

“We believe the purported notice of early termination is not valid and we are pursuing applicable remedies,” Transocean said. The rig is currently listed as idle.

Transocean acquired Leiv Eiriksson, and its sister rig Eirik Raude through the acquisition of rival Ocean Rig in 2018. It then retired the Eirik Raude in early 2019.

As for the Leiv Eiriksson, the rig’s last gig was a successful one. It was used by ConocoPhillips in Norway, helping the U.S. oil firm strike large gas condensate and oil discoveries in November and December 2020, respectively.

Transocean said Friday that as of February 12, the company’s total backlog was approximately $7.8 billion.