Turkish bulker hit by bomb off Odessa arrives in Turkey 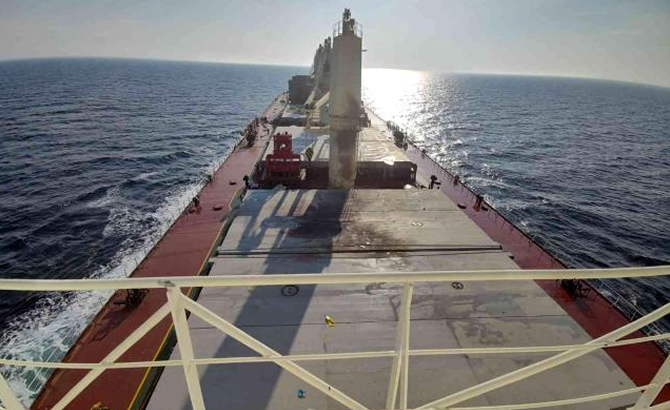 A Turkish-owned, Marshall Islands-flagged bulk carrier was hit by a bomb off the coast of Odessa at the onset of the Russian invasion of Ukraine on 24 February 2022.

The ship in question is the 77,529 cbm Yasa Jupiter, the Turkish Maritime General Directorate confirmed.

After unloading cargo in the Port of Odessa, the Black Sea, Yasa Jupiter was hit by a bomb, however, it sustained only minor damages.

No casualties among the 19 crew members have been reported and the Ultramax vessel transited to Romanian territorial waters.

As of 25 February, the 61,100 dwt bulker is underway in the Sea of Marmara after crossing the Bosphorus, according to data provided by VesselsValue. It is en route to the Port of Yalova.