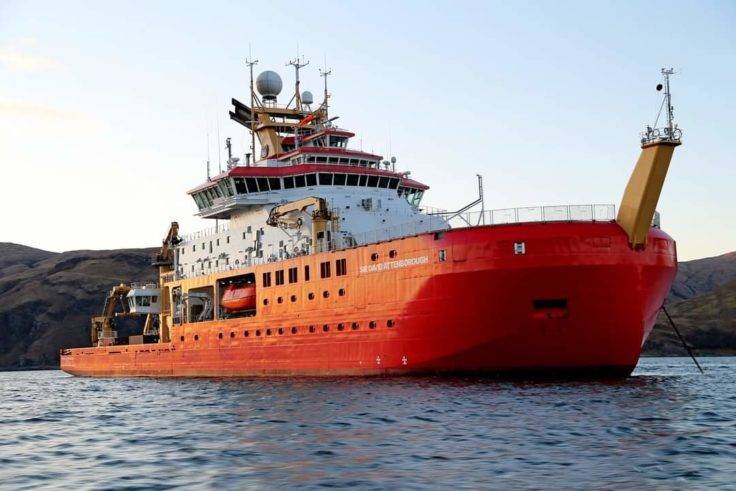 The two crewmembers suffered minor injuries after a lifeboat rolled onto its side and fell overboard during a launching drill in Loch Buie, on Scotland’s east coast, on March 5, the MAIB said.

RRS Sir David Attenborough—still known to some as Boaty McBoatface, the top vote getter in an online poll to name the vessel in 2016—was built by U.K. shipbuilder Cammel Laird for owner Natural Environment Research Council (NERC) and operator British Antarctic Survey (BAS).

The state-of-the-art vessel is currently undergoing a period of mariner training, testing and trialing the many technical, scientific and operational features and capabilities prior to commencing polar operations in 2021.

The highly complex and ice-strengthened vessel is designed to support science in extreme environments. A wide range of specialist scientific facilities, instruments and laboratories enable scientists to conduct multidisciplinary sciences to study the ocean, seafloor, ice and atmosphere. The high-profile vessel is among the world’s most technologically advanced research ships. And at 129 meters and 15,000 GT, it is also the U.K.’s largest commercial newbuild for over 30 years.