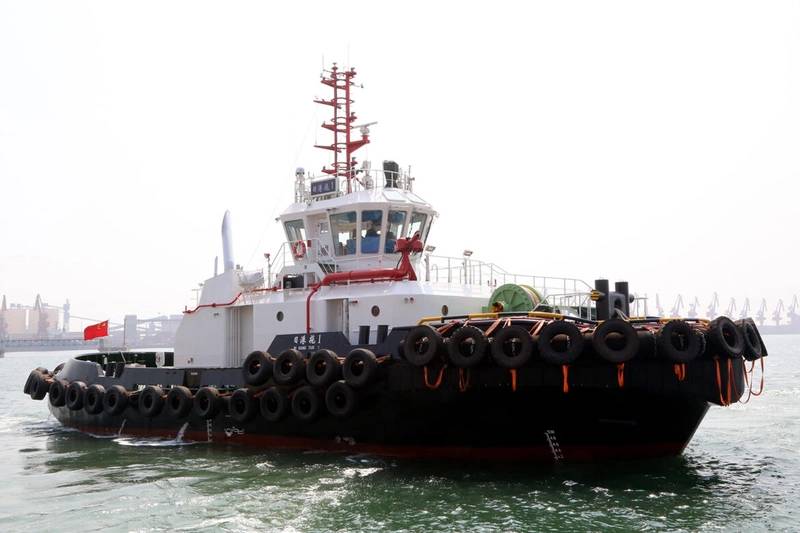 A pair of new tugs has been delivered to Ri Zhao Port, Shandong, China in February and March of this year, followed by an official naming ceremony held at owner’s fleet base last week.

According to the designer, the newly developed RAmparts 3400 has been specially designed for owners who prefer to operate tugs with shallow draft and assist ships with low freeboards. The tugs were designed and constructed to the following CCS Notation ★ CSA, TUG, R2, ★ CSM, BRC.

Each of the multipurpose tugs is outfitted with a variety of deck machinery including a hawser winch from Masada Ironworks Co. Ltd, and two windlasses. Ship-handling fenders at the bow consist of an upper row of cylindrical fenders and a lower course of W-fender. Sheer fendering consists of “D” rubbers and a smaller cylindrical fender at the stern.

The accommodations have been outfitted for a crew of ten with master’s cabin, mess, galley arranged in the deckhouse and all other crew cabins located on the lower accommodation deck. There is also a provision store on the lower deck. The wheelhouse is designed with a single split type control station which provides maximum all-round visibility with exceptional visibility to the bow and side fendering, as well as operations on the aft deck.