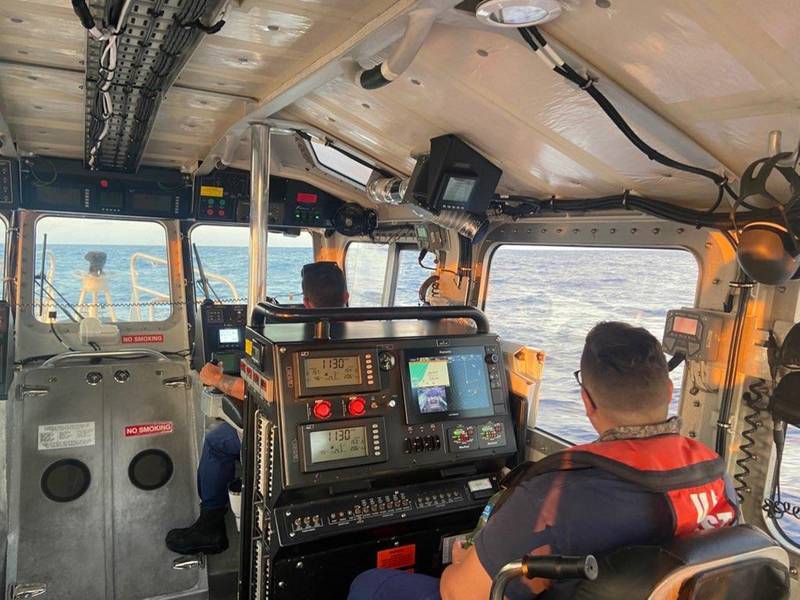 The U.S. Coast Guard said it has suspended the search for 10 Cuban migrants believed missing from a boat that capsized off Key West, Florida.

Two people were killed and 10 were believed missing in the incident, the U.S. Coast Guard had reported on Thursday.

“The decision to suspend a search is always difficult and is made after careful consideration of all the facts. Our deepest condolences go out to the families and loved ones impacted by this tragedy”, Chamie added.

Eight survivors from the wreck were pulled from the water 18 miles southwest of Key West by crew members of a Coast Guard cutter on patrol in the area, Coast Guard spokesman Petty Officer Jose Hernandez had said on Thursday.

He had also said that two bodies were recovered and that Coast Guard teams continued to search the area by aircraft and vessels for 10 people who, according to the survivors, were unaccounted for after the boat flipped.

Earlier this month, a vessel packed with 32 people capsized and broke apart off a rocky shoal near San Diego, California, in what authorities said was an ill-fated migrant-smuggling attempt from Mexico that left three dead and five hospitalized.

(Reporting by Kanishka Singh in Bengaluru; Editing by David Gregorio)