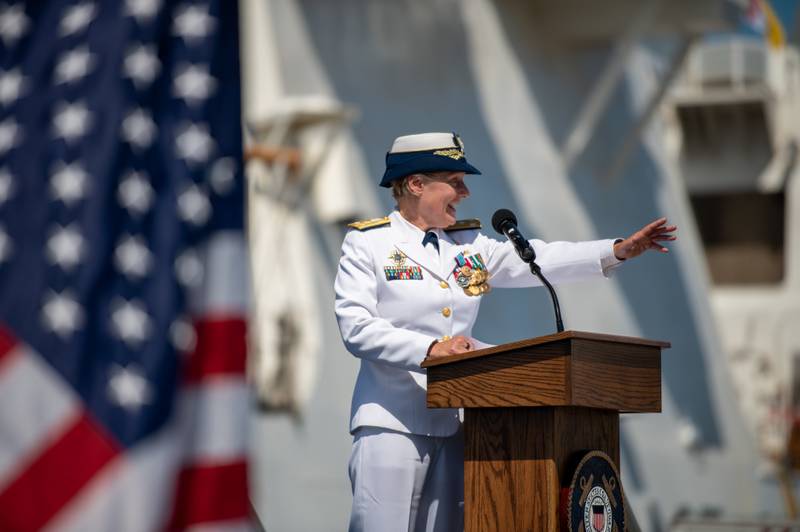 Adm. Fagan most recently served as the commander of the Coast Guard Pacific Area, overseeing all Coast Guard operations in the Pacific, covering more than 74 million square miles of ocean, from the U.S. Western States to Asia, and from the Arctic to Antarctica.

“Adm. Fagan, it is an honor to welcome you as the first woman to serve as a four-star admiral in the U.S. Coast Guard, and I congratulate you as you assume the duties as our 33rd Vice Commandant,” said Adm. Karl L. Schultz, Commandant, U.S. Coast Guard. “I am proud to be part of this historic moment and look forward to leading the Coast Guard alongside of you.”

Ray served as the vice commandant since May of 2018 and led the Service’s recapitalization of its legacy fleet of ships and aircraft while ensuring the Coast Guard’s 81,000 active duty, reserve, civilian, and auxiliary members were “Always Ready” to answer the nation’s call. Ray retired from the Coast Guard after 40 years of service and received the Department of Homeland Security Distinguished Service Medal from the Secretary of Homeland Security, Alejandro Mayorkas.

“I am extremely proud of the dedication and resiliency I have seen throughout our service and throughout my career,” said Ray. “It has been an honor to serve with the men and women of the Coast Guard and it is my privilege to pass the reigns of vice comman, dant to Adm. Fagan, a true trailblazer and inspiration to so many.”