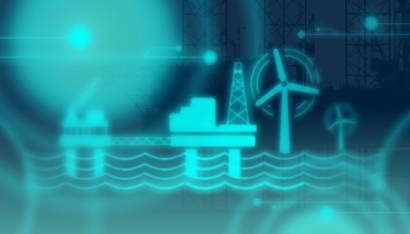 The UK Oil and Gas Authority has said that a total of 29 bids have been submitted for the £1 million ($1,37 million) competition for ideas that could advance the electrification of offshore platforms on the UKCS.

Winners to be awarded a share of the fund will be announced in early December, with work to be completed by March 31, 2022 and project reports to be published in Q2 2022.

“High-quality studies touching on technical, engineering and/or commercial ideas have come in from Operators, supply chain and academia and they will now be assessed,” the OGA said.
According to the OGA, power generation accounts for around two-thirds of oil and gas production emissions, and powering installations using electricity either from a cable to the shore or from a nearby wind farm could lead to 2-3 million tonnes per annum CO2 emissions reductions. This is equivalent to the annual carbon emissions from households in a city the size of Liverpool.

In addition, the OGA said, the resulting power demand from offshore oil and gas electrification could potentially support up to 4 gigawatts of new offshore wind power capacity.

“The OGA has been actively progressing electrification opportunities in areas including the Central North Sea and West of Shetland: bringing operators together; hosting workshops with the power sector; and pressing operators for more pace on project delivery.

“Platform electrification is a key component of the OGA’s vision for an integrated energy basin. The OGA’s Energy Integration Report found that the UK Continental Shelf could (through a mix of platform electrification, carbon capture and storage, offshore wind, and hydrogen) absorb up to 60% of the UK’s entire CO2 abatement needed to achieve net-zero emissions by 2050,” the OGA said.