Cory, a UK-based waste management and recycling company, might soon ship carbon dioxide from its ‘energy from waste operation’ on the River Thame in London to Norway’s Northern Lights subsea carbon storage facilities.

Cory and Northern Lights JV signed a memorandum of understanding to for this operation which might create a blueprint for international carbon transportation and storage and the development of a global carbon trading market.

By 2030, this could deliver 1.5 million tonnes of CO2 savings per year. The CCS project will aim to install technology to capture more than 90% of the emissions from Cory’s existing EfW facility, and its new, adjacent EfW facility which is expected to be operational by 2026.

The project intends to use marine shipment to transport liquefied CO2 to an offshore subsea storage site.

Northern Lights’ initial capacity will be 1.5 million tonnes of CO2 per year. Subject to market demand, the capacity can be increased to over 5 million or more in later stages of development.

“As the first storage provider to have introduced the concept of large-scale CO2 shipping, Northern Lights makes CCS an option for all emitters with access to a jetty. The open-access ship-based solution provides flexibility for emitters with no direct access to storage,” Northern Lights, a JV between Equinor, Shell, and TotalEnergies said. 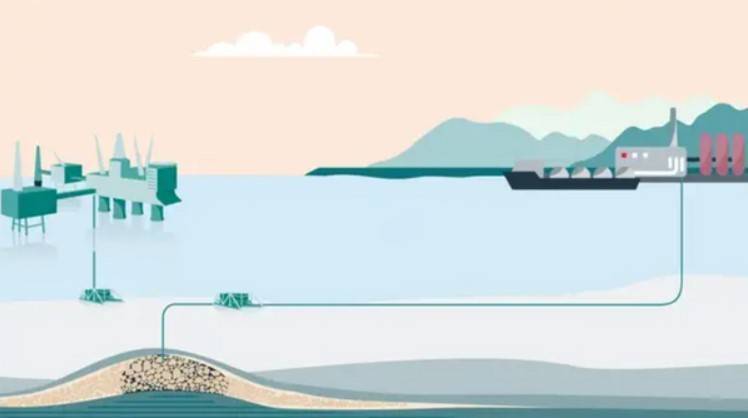 Northern Lights is developing infrastructure to transport CO2 from industrial emitters in Norway and other European countries by ship to a receiving terminal in western Norway for intermediate storage, before being transported by pipeline for permanent storage in a geological reservoir 2,600 meters under the seabed.

Dougie Sutherland, Chief Executive of Cory, said: “This partnership is significant from both a national and international perspective. Through this collaboration with Northern Lights, Cory will use its strategically advantageous position on the River Thames to explore the possibility of cross-border marine transportation of CO2. The importance of this agreement is threefold: it could be a step forward for CCS in the UK, a vital part of progressing the country’s net zero ambitions; it could help to consolidate our trading relationship with Norway, one of the UK’s key energy partners; and it could create an initial template for an international carbon market.

Børre Jacobsen, Managing Director of Northern Lights JV, said: “Our partnership with Cory is testament to the development of CCS across Europe. Shipping redefines the concept of access to CO2 storage and Northern Lights is therefore well positioned to help accelerate the development of CCS. We are looking forward to working with Cory to realise the potential of the CCS market in support of climate targets. This will require technical and commercial innovation – as well as international collaboration.”

In October 2024, Chinese shipbuilder Dalian Shipbuilding Industry Co. won a contract to build two CO2 carriers for the Northern Lights carbon capture and storage project. The two CO2 carriers will each have a cargo size of 7,500 m3 and a length of 130 meters. The two vessels, which are designed to transport liquid CO2 with purpose-built pressurized cargo tanks, are expected to be ready for delivery by mid-2024.