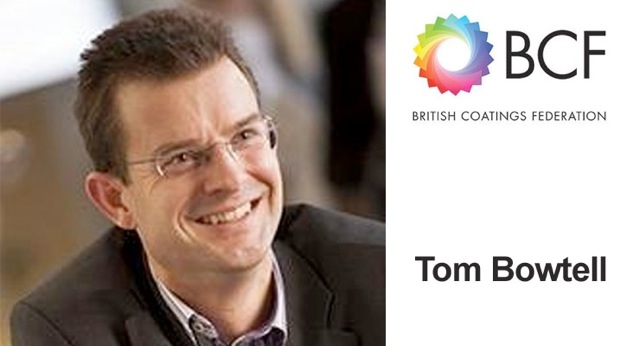 At the World Coatings Council’s annual meeting in March 2022, Tom Bowtell, chief executive of the British Coatings Federation, was elected president for a two-year term of office.

The Council, which provides a forum for exchange and cooperation on major issues and priorities facing the industry, has established itself as a global voice with the United Nations, governments and NGOs for over 30 years.

“I’m incredibly honored to have the trust of my industry colleagues from across the world to hold the president’s seat on behalf of the global coatings industry,” said Bowtell. “I am looking forward to representing the industry and contributing to our global effort.”

Sustainability will be an important theme of Bowtell’s presidency, with the World Coatings Coun-cil publishing their first Sustainability Report later this year.

“I am thrilled that Tom has accepted the role of president of the World Coatings Council,” Andy Doyle, president of the World Coatings Council and CEO of the American Coatings Association, said. “He is a global leader not only in the association community, but in the coatings industry as well. Tom along with the WCC’s new vice president, Monica Alcala of the Mexican Paint and Printing Ink Manufacturers’ Association (ANAFAPYT), will do a fantastic job leading our organ-ization. As the WCC celebrates its 30th anniversary in 2022, I can think of no one better suited to represent our industry on a world stage.”