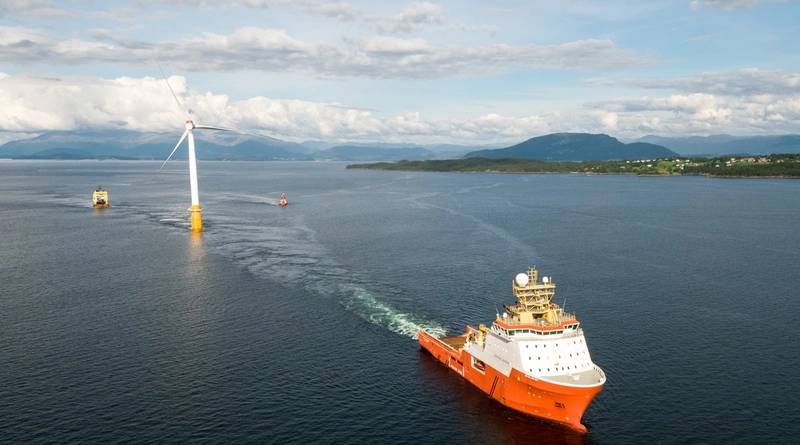 The UK floating offshore wind could reach “subsidy-free” levels by the early 2030s, according to a study completed by the ORE Catapult’s Floating Offshore Wind Centre of Excellence (FOW CoE).

FOW CoE developed the Cost Reduction Pathways Model (CRPM) to quantify the associated reduction in the Levelised Cost of Energy (LCOE) of floating offshore wind in the UK.

The model identified areas off the East and North East of Scotland, within the Celtic Sea, and off the North East of England as areas of high potential for short and medium-term floating offshore wind deployment.

According to the statement released Wednesday, in the short term and medium term, the primary driver of UK floating offshore wind cost reduction is scale of UK deployment, augmented by innovation. In the longer term, the primary driver is innovation, augmented by UK and international deployment rates. With respect to the potential for floating offshore wind to deliver high levels of UK Gross Value Add (GVA), the rate and timing of this deployment is seen as critical.

“Significant early deployment of floating offshore wind in the UK is vital to the UK securing high levels of GVA, and to ensuring the UK establishes a credible and cost-effective route to delivering 100GW of offshore wind by 2050,” the statement reads.

The study makes a number of recommendations to support the rapid cost reduction of UK floating offshore wind, including:

Chris Hill, Operational Performance Director, ORE Catapult and FOW CoE Executive Governance Board Co-Chair, said: “It is vital the UK takes a strategic approach to supporting the rapidly developing industry UK floating wind industry to ensure the potential benefits are realized. This study provides a strong evidence base for key policy decisions relating to the growth and scale of the industry in the UK – both in terms of the focus for support, and timing.”

Cameron Smith, Head of Global Offshore, Mainstream Renewable Power, and FOW CoE Executive Governance Board Co-Chair, said the report outlined “the huge impact” floating offshore wind will have on the journey to Net Zero – both as a key component of a cost-effective Net Zero, but also as a driver of economic recovery and growth.

“Just under 10 years ago a similar vision for offshore wind was articulated by the Offshore Wind Cost Reduction Task Force. The offshore wind industry and stakeholders subsequently collaborated to rapidly reduce the cost of offshore wind, and in doing so created thousands of jobs and secured offshore wind’s central role in a cost-effective Net-Zero. This report is equally ambitious and with effective collaboration, industry, Government, and other key stakeholders can build on and exceed the success of offshore wind over the last 10 years,” Smith said.

RenewableUK’s Head of Policy and Regulation Rebecca Williams added: “As this report shows, floating wind can repeat the success of fixed-bottom offshore wind by achieving spectacular cost reductions over the course of this decade, to a point where we can generate electricity below the wholesale price.

“Floating wind has a key role to play in hitting the UK’s net-zero emissions target – we can’t get there without it. As long as industry and Government work closely together to support the rapid expansion of floating wind, we can maintain our global lead in this innovative technology and export it worldwide, securing jobs and investment for UK companies.  The Government has set the industry a target of installing one gigawatt of floating wind by 2030 as our next step forward, but we think we can aim higher and double that as long as we get the policy framework right”.