UK Reveals the Names of Its New Inspiration Class Warships 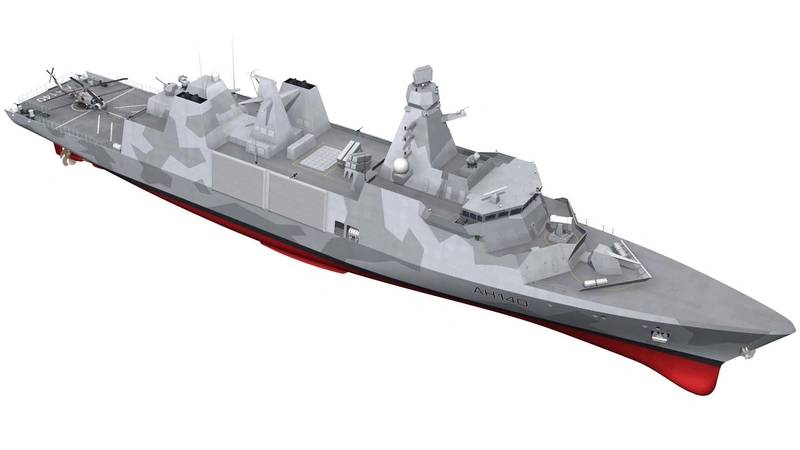 The names of the British Royal Navy’s five next-generation Type-31 frigates have been announced by the First Sea Lord, Admiral Tony Radakin. Approved by HM The Queen, the vessels will be named HMS Active, HMS Bulldog, HMS Campbeltown, HMS Formidable and HMS Venturer.

Grouped together as the Inspiration Class, the names of the new vessels are drawn from former warships and submarines whose missions and history will inspire Royal Navy operations. The names also represent the Royal Navy’s future vision: HMS Active signifies the forward deployment of Royal Navy ships to protect U.K. values and interests, whilst HMS Bulldog is focused on operational advantage in the North Atlantic, the Navy said. HMS Campbeltown symbolizes the ‘raiding from the sea’ focus of the Royal Marines’ Future Commando Force, HMS Formidable recognizes the history of aircraft carrier strike operations and HMS Venturer promotes the navy’s technology and innovation forward-look.

“Each of the names has been chosen for evoking those values we strive for: cutting-edge technology, audacity and global operations,” said First Sea Lord, Admiral Tony Radakin. “They represent the best of Britain’s world-class shipbuilding heritage and will fly the flag for decades to come.”

As announced by the Prime Minister last November, Defense has received an increase in funding of over £24-billion across the next four years, enabling our Armed Forces to adapt to meet future threats. As part of this, the Type-31 frigates will replace the five general-purpose Type-23 frigates currently in service with the Royal Navy. Expected to enter service by 2028, they will carry a crew of up to 105 and will be deployed on duties around the world, working alongside new Type-26 frigates dedicated to submarine detection operations.

Initially announced by the MOD in November 2019, the new vessels will be constructed by Babcock at its dockyard in Rosyth and the first steel cut is due to take place this summer.

Outlined in the recent Defense Command Paper, the MOD remains committed to delivering on new vessels for the Royal Navy. The Type-31 will form part of Royal Navy Integrated Force 2030 vision, as it becomes a threat-focused service.

HMS Active: Named after the Type 21 frigate HMS Active which served the Royal Navy from the late 1970s until the mid-1990s. As well as taking part in the operation to liberate the Falklands, supporting the final battles for Port Stanley, Active spent her career deployed in support of Britain’s Overseas Territories and global interests, from tackling drug traffickers to enforcing UN embargos and providing humanitarian aid in the aftermath of natural disasters.

HMS Bulldog: Named after the destroyer which helped turn the tables in the Battle of the Atlantic thanks to the bravery of her boarding party. They searched stricken U-boat U110 in May 1941 and recovered the Germans’ ‘unbreakable’ coding machine, Enigma, plus codebooks. It gave Britain a vital intelligence lead at a key stage in the struggle to keep its Atlantic lifelines open.

HMS Campbeltown: Named after the wartime destroyer which led the ‘greatest commando raid of all’: St Nazaire in France. In March 1942, the ship rammed the dock gates and hidden explosives aboard blew up, wreaking havoc in the port and denying its use to major German warships for the rest of WW2. The action epitomises the raiding ethos driving the Royal Marines’ Future Commando Force.

HMS Formidable: Named after the WW2 carrier which epitomised carrier strike operations from Norway, through the Mediterranean to the Pacific. She survived kamikaze strikes and took the war to the Japanese mainland with Lieutenant Commander Robert Hampton Gray earning the last naval VC of the war for his daring sinking of a Japanese destroyer just six days before Tokyo surrendered.

HMS Venturer: Named after the WW2 submarine which sank German U-boat U864 northwest of Bergen, Norway, on February 9 1945 – while both vessels were submerged. Venturer enjoyed a technological and intelligence advantage over her foe thanks to decoded messages indicating the enemy’s location and a superbly-trained crew who located and destroyed the U-boat. It was the first time one submarine had deliberately sunk another while submerged.