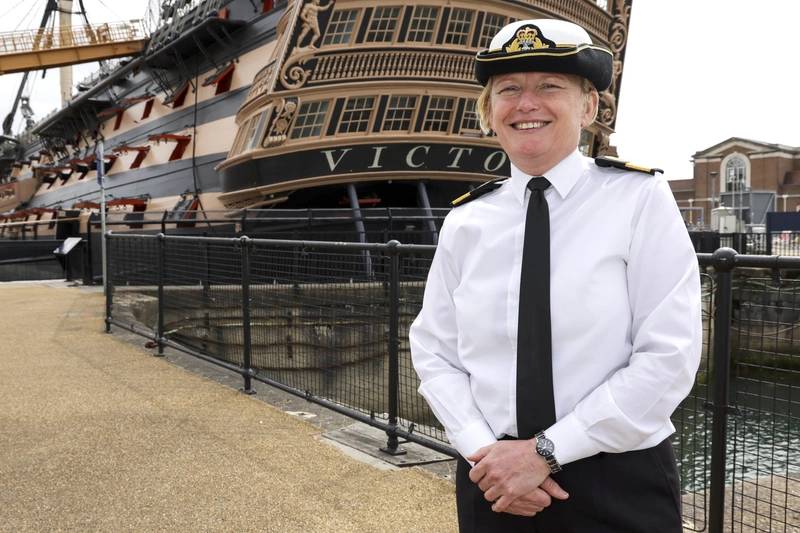 A woman officer will be appointed to the rank of admiral for the first time in the centuries-long history of the British Royal Navy.

Commodore Jude Terry, who has served for nearly a quarter of a century, has been selected for promotion to rear admiral, making her the most senior woman in the Royal Navy, past or present. The 47-year-old will be promoted to rear admiral next year and take over as the Royal Navy’s Director of People and Training and Naval Secretary.

Of making history she says “someone has to be first”. She continued, “I have always thought of myself as a naval officer first, then a logistics officer, then Jude and finally as a female. The Navy genuinely doesn’t look at your gender and is an equal opportunities employer – it wants you to be part of a team and deliver outputs to support operations.

“I have been really lucky throughout my career. I’ve enjoyed great jobs, wonderful support from my family, worked with great people, seized the opportunity to see the world and contribute to a number of operations which have made a difference to people’s lives including Afghanistan, Somalia and Sierra Leone to name a few.”

She currently serves as deputy director of the department she is earmarked to take over, with the goal of helping to shape the Royal Navy and its people up to 2040.

First Sea Lord Admiral Tony Radakin said, “Jude is part of a cohort of trailblazers in the Royal Navy who have seized the opportunities on offer, and risen to the top. This builds on a rich career of naval and broader Defence appointments, all of which she has excelled at.”

Commodore Terry hails from a naval family and joined the Navy in 1997. She has spent the bulk of her seagoing career in Plymouth-based warships, including survey vessel HMS Scott and two spells with helicopter carrier HMS Ocean. Of her 12-month second draft to HMS Ocean she spent 10 away from the U.K. in the Baltic and Gulf and was responsible for working with a documentary team producing the series Warship for Channel 4. Her career has taken her to the Gulf and Middle East, Indian Ocean, Far East and the Caribbean.

Numerous staff appointments have included the Royal Navy’s logistics branch manager, dealing with issues as varied as recruiting and training, retaining experienced personnel, ensuring ships and submarines have enough chefs, review of tattoo policy, and a review of welfare provision across the service.

Commodore Terry was awarded the OBE in the New Year’s Honors List in 2017 for her efforts during three years at the U.K. military’s operational hub, Permanent Joint Headquarters, during which she was involved in the end of Britain’s front-line operations in Afghanistan, overseeing the closure of bases at Lashkar Gar, Bastion and Kandahar, and the successful efforts to curb the spread of the Ebola virus in west Africa in 2014 – 2015.