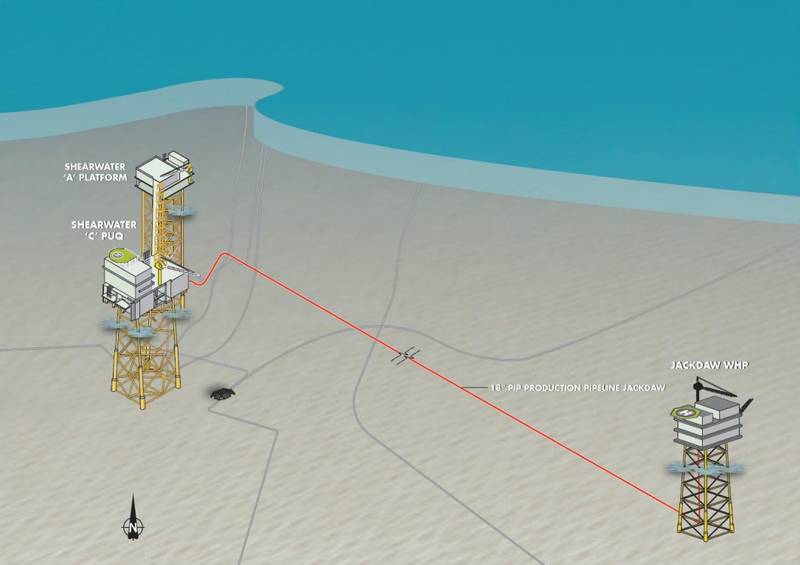 Oil major Shell has this week sent an environmental impact statement for the development of its Jackdaw field in the North Sea to the UK Government.

The Jackdaw is an ultra-high pressure/high-temperature gas condensate field in the Central North Sea, 250 kilometers east of Aberdeen, near the UK/Norway maritime border. The field was discovered in 2005 and appraised between 2007 and 2012.

An Environmental Statement for the Jackdaw field development was originally submitted by Shell to the UK Government in January 2020 and underwent mandatory public consultation. However, due to project sanctioning being deferred, the project schedule shifted resulting in the Field Development Plan (FDP) being subsequently updated.

As a result of the new Offshore Oil and Gas Exploration, Production, Unloading, and Storage (Environmental Impact Assessment) Regulations 2020 coming into force in January 2021, and the updates to the FDP, Shell was required to file a new report.

Shell, through its subsidiary BG International, is looking to develop the field sitting in a 78-meter water depth using a not permanently attended wellhead platform (WHP).

The company plans to drill four wells at the Jackdaw WHP location, with produced fluids planned to be exported via a new 31 km long subsea pipeline to the Shearwater platform.

The Shearwater platform will process the Jackdaw fluids before shipping them onward via the Fulmar Gas Line and the Forties Pipeline System. In addition to Jackdaw, future tiebacks to Shearwater will include Arran and Columbus developments, both expected to be operational prior to Jackdaw.

First production is expected between the third and the fourth quarter of 2024.

Shell holds a 74% stake in the field, with its partner ONE-Dyas E&P Limited owning the remaining 26%.