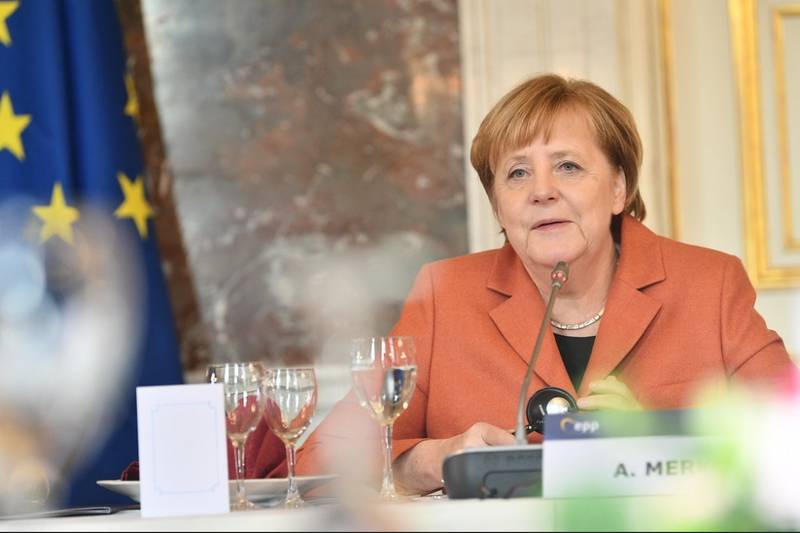 Ukraine can be confident that Germany and the European Union will guarantee its status as a transit country for Russian gas even after the Nord Stream 2 pipeline has opened, German Chancellor Angela Merkel said on Monday.

Merkel made the remarks during a news conference with Ukraine’s President Volodymyr Zelenskiy three days before she holds talks in Washington with U.S. President Joe Biden, whose administration is against the almost completed pipeline.

“The European Union and Germany will see to it that this continues in the future beyond 2024,” said Merkel. “We promised Ukraine and will keep our promise. It is my custom to keep my word and I believe this applies to every future chancellor.”

Washington and Kyiv fear Russia could use the pipeline, which will bring Russian gas to Germany under the Baltic Sea, to deprive Ukraine of lucrative transit fees and potentially undermine its struggle against Russian-backed separatists.

Zelenskiy proposed that the issue of Ukraine’s energy security be incorporated into the so-called Normandy Format talks at which Ukraine, Russia, France and Germany discuss the status of the conflict in eastern Ukraine.

Merkel was cool on the idea. “I believe the Normandy Format is complicated enough already,” she said. The four parties last meet in 2019.

In May, Biden waived sanctions against the company behind the Nord Stream 2 pipeline.

(Reporting by Thomas Escritt and Joseph Nasr in Berlin and Ilya Zhegulev in Kyiv; Editing by David Clarke)