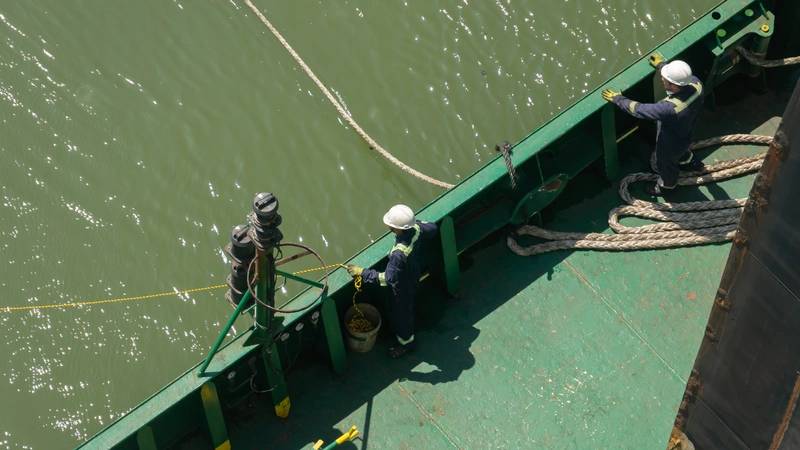 Four UN organizations have called for continued global collaboration to address the crew change crisis that at times during the COVID-19 pandemic has left more than 400,000 seafarers stranded at sea.

They note that as COVID-19 travel restrictions eased and vaccination rates increased among maritime personnel, the humanitarian crisis at sea showed signs of improvement before the Omicron variant appeared.

According to the Neptune Declaration Crew Change Indicator, which is based on data from 10 major ship managers employing some 90,000 seafarers, the percentage of seafarers on board vessels beyond their contracts decreased from 9% in July 2021 to 3.7% in December 2021.

But the share bounced back up to 4.2% by mid-January 2022. Following Omicron’s designation as a “variant of concern” (VOC), many countries quickly reimposed measures such as travel bans that have affected the world’s seafarers, most of whom are from developing countries.

Restrictions to fight the spread of the pandemic have meant many seafarers couldn’t leave ships. They remained stranded at sea far beyond the expiration of their work contracts and often beyond the default 11-month maximum period of continuous service on board, as required by the Maritime Labor Convention of 2006.

Over 80% of the volume of global trade in goods is carried by sea. And throughout the pandemic, the world’s 1.9 million seafarers have played a vital role in keeping ships moving and ensuring critical goods such as food, medical equipment and vaccines are delivered.