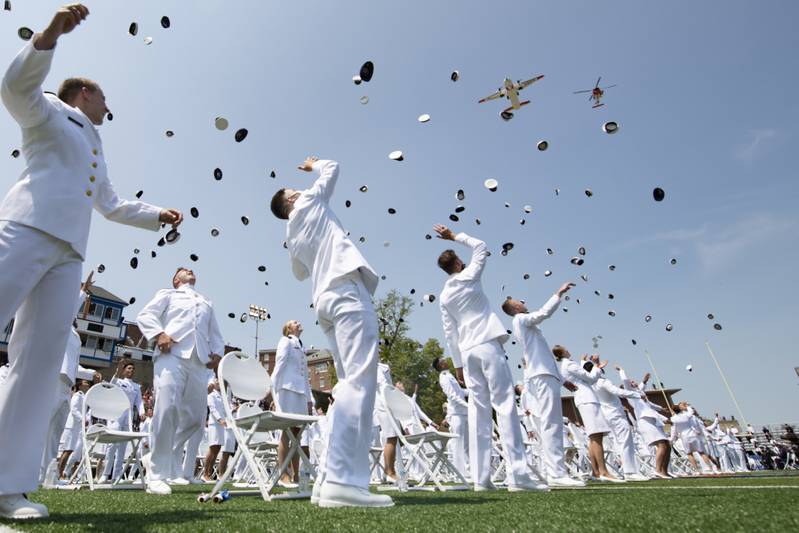 The Class of 2021 consists of 34% women and 34% from underrepresented minority groups. The class includes 22 African Americans who walked the stage, which marks the largest number of African American graduates to do so in Academy history. This year also marked the second highest number of Asian American and Pacific Islanders in a single graduating class.

Next month, the new officers will begin to serve as leaders in a variety of operational roles throughout the Coast Guard, mostly in cutters.

Seven graduating international cadets from the countries of the Philippines, Sri Lanka, and Georgia and will serve in their respective countries of origin.

“The Class of 2021 has led the corps during a very challenging time,” said Academy Superintendent Rear Adm. Bill Kelly. “I am confident they are fully prepared to graduate and serve our nation as officers in the U.S. Coast Guard.”