US Navy Seizes Weapons from Fishing Vessel in the Arabian Sea 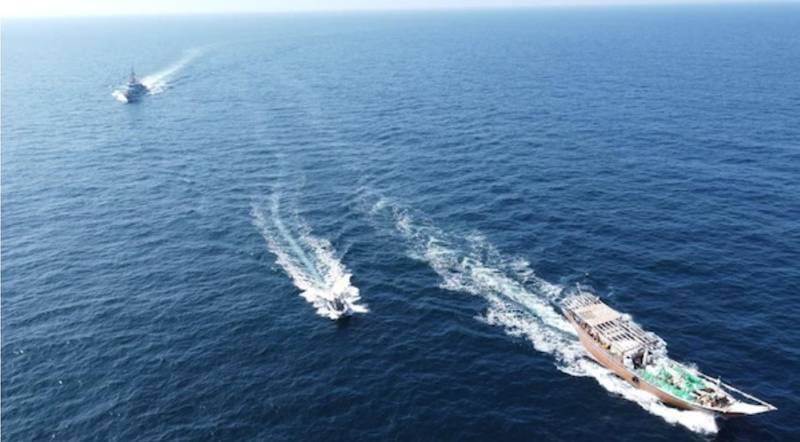 The stateless vessel was assessed to have originated in Iran and transited international waters along a route historically used to traffic weapons unlawfully to the Houthis in Yemen. The direct or indirect supply, sale or transfer of weapons to the Houthis violates U.N. Security Council Resolutions and U.S. sanctions.

The vessel’s five crew members identified themselves as Yemeni nationals and will be returned to Yemen.

After removing the crew and illicit cargo, U.S. naval forces determined the stateless vessel was a hazard to navigation for commercial shipping and sank it.

U.S. naval forces regularly perform maritime security operations in the Middle East to ensure the free flow of legitimate trade and to disrupt the transport of illicit cargo that often funds terrorism and other unlawful activity. U.S. Navy warships operating in the U.S. 5th Fleet region have seized approximately 8,700 illicit weapons in 2021.